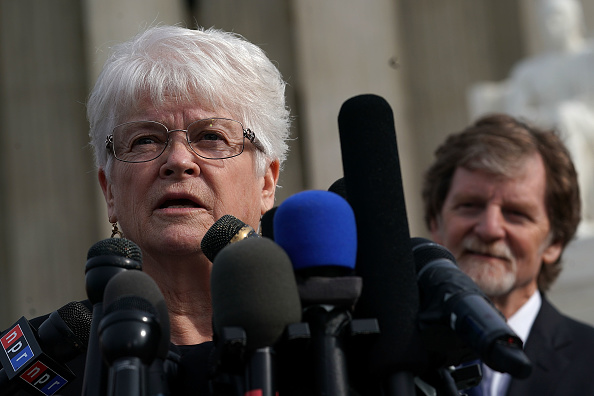 CV NEWS FEED // The U.S. Supreme Court declined to hear the case of Barronelle Stutzman, a Christian florist who is in trouble with the government because she refused to provide her floral services for a same-sex “wedding.”

Justices Neil Gorsuch, Clarence Thomas, and Thomas Alito said they would have heard  “Arlene’s Flowers,” as the case is known, but Justices Brett Kavanaugh and Amy Coney Barrett joined the liberal justices in declining it.

The high profile case could have led to a ruling in favor of religious freedom, and many on both sides of the political aisle had their eyes on it. Religious freedom advocates decried Friday’s decision not to hear the case.

“I don’t normally get … worked up over the denial of cert by SCOTUS,” wrote attorney Howard Slugh, co-founder of Jews For Religious Liberty. “But the denial of Cert to in Arlene’s Flowers, or a remand in light of Fulton at the very least, is an egregious miscarriage of justice.”

Brian Burch, President of CatholicVote, said he was disappointed. “One can only speculate why they punted on the case,” he said:

Perhaps they thought the case didn’t present the question properly. It’s true that there are lots of religious freedom cases percolating in the lower courts, so maybe they want a ‘better’ case in the future to examine this question.

Burch added that it is “also possible that Justices Barrett and Kavanaugh were concerned about excessively ‘politicizing’ the court.”

“But you’ll notice that this same concern is not shared by the other side,” Burch added. “Did Ruth Bader Ginsburg ever worry about a left-wing court decision being perceived as too political?”

Whatever the justices’ reasoning, and despite the remaining hope for a good ruling on a similar case in the future, their decision on Friday was certainly a blow to Christians and others who believe in religious freedom.

“Meanwhile, conscientious Americans like Baronelle Stuzman are forced to choose between losing their business or being conscripted in the LGBT cultural revolution,” Burch said. “It’s maddening.”