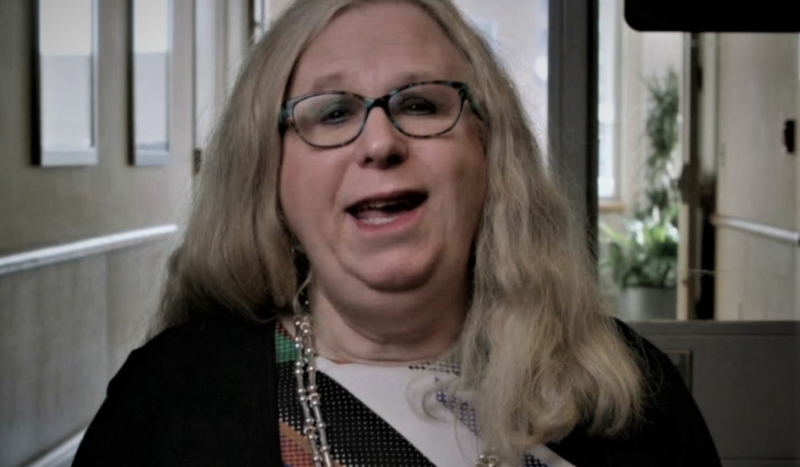 Editorial Note: Dr. Rachel Levine is a man who claims to be a woman.

During Levine’s Thursday hearing for the position of assistant secretary of the Department of Health and Human Services, Paul pointedly asked him several times whether he endorsed such invasive medical interventions.

Levine, who is transgendered, would only respond that the field of transgender medicine is “nuanced” and backed by “robust” research, which he said he would be happy to discuss further after being confirmed as assistant secretary at the Department of Health and Human Services.

Paul became visibly impassioned during his line of questioning, and made a plea on behalf of children, whose rights are violated by medical interventions and surgeries which leave them “permanently changed,” he argued.

He also asked Levine directly whether he would push for children to be transitioned against the wishes of their parents, in violation of parental rights. Levine declined to answer, only repeating that the field of transgender medicine is nuanced.

Paul cited a number of real-world cases as cause for alarm, including the story of Keira Bell — a young woman who was permanently damaged by medical experimentation in her teens and now regrets it.

“I would hope that you would have compassion for Keira Bell, who is a 23-year-old girl who was confused with her identity,” Paul said:

At 14 she read on the internet … something about transsexuals – she said ‘Maybe that’s what I am.’ She ended up getting these puberty-blockers, cross-sex hormones — she had her breasts amputated. But here’s what ultimately she says now. …‘I made a brash decision as a teenager, as a lot of teenagers do, trying to find confidence and happiness. Except now the rest of my life will be negatively affected,’ she said, adding that the medicalized gender-transitioning was a ‘very temporary, superficial fix for a very complex identity issue.'”

Unable to get a response from Levine, Paul exclaimed: “We should be outraged that someone is talking to a three-year-old about changing their sex!”

“I can’t vote for you if you can’t make a decision on this,” he concluded.

Reactions to the Hearing

Sen. Paul’s questioning brought widespread attention to Dr. Levine’s candidacy for the position of Assistant Secretary of Health. On the political Left, many commentators were infuriated, and accused Paul of “transphobia.”

But the moment may also embolden and galvanize conservative opponents of the LGBT movement’s radical agenda, as well as others who are simply concerned for the wellbeing of children.

“The problem? Dr. Levine’s assertion is false,” tweeted author Abigail Shrier in response to Paul. “‘Affirmative care’ requires docs *always* to affirm a patient and proceed w transition [sic]. It is rigid, doctrinaire, and intolerant of exploration or differential diagnosis — and it is the opposite of ‘nuanced.’”

When an LGBT publication accused Rand of going on an “unhinged, transphobic rant,” commentator Chad Felix Greene responded that this was “how they portray the most rational and moderate views on transgender issues.”

Greene, a gay man, tweeted earlier that he himself had gender dysphoria and considered transitioning before deciding against it. But he indicated that pro-LGBT progressives impose heavy social pressure in favor of transitioning at a young age.

“LGBT activists shame me, deny I exist, accuse me of being fake or mock me as suppressing myself due to conversion therapy,” he wrote. “How does a child ‘opt out’ once they’ve started?”

Levine “was given the opportunity to state clearly what most Americans know to be true: young children should not be pushed into highly experimental, life-altering treatments to ‘change’ their sex,” Schilling wrote. “Instead, Dr. Levine doubled down on radical gender ideology and made clear that this ideology, not science, will be driving policy at HHS should Levine be confirmed.”

Schilling’s statement went on to express gratitude for the “immense courage” of Paul’s questioning, which alerted the public to “just how extreme Joe Biden’s nominees are and what they are likely to support” if confirmed.

“Dr. Levine’s radical ideology ought to be a disqualifier for any position at HHS, never mind one as important as Assistant Secretary for Health,” Schilling concluded, “and we urge the Senate to reject this confirmation when it comes up for a vote.”

Watch the exchange between Sen. Rand Paul and Dr. Rachel Levine below.