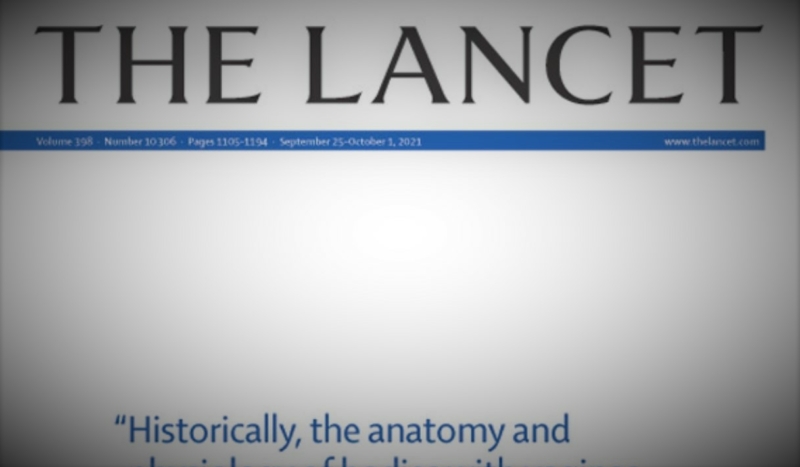 CV NEWS FEED // A leading medical journal’s editor has ‘apologized’ for its latest edition’s cover story, which referred to women as “bodies with vaginas.”

The quotation on the cover of The Lancet read: “Historically, the anatomy and physiology of bodies with vaginas have been neglected.” The line was a teaser for an article about the “stigma” surrounding menstruation. The term “bodies with vaginas,” however, was in deference to the ideology of transgenderism, and an attempt to address the topic of women’s health without excluding men who “identify” as women.

The journal’s language led to a massive blowback from feminist groups and medical professionals, who expressed outrage over what many called a “demeaning” and “dehumanizing” term for women.

“How completely awful. Just wrote the Lancet to tell them to take me off their list of statistical reviewers and cancel my subscription and never contact me about anything ever again,” tweeted Dave Curtis, a retired psychiatrist and geneticist. “Absolutely inexcusable language to refer to women and girls.”

“We wish to make a formal complaint about the dehumanising and straight up sexist cover story on the latest edition of the Lancet,” tweeted feminist group Women Make Glasgow.

“This is such a disgusting, demeaning way to talk about women,” wrote journalist Sarah Ditum. “I’m not a ‘body with a vagina’, I’m a whole human person. And you think the word ‘woman’ is too shameful for a cover, you aren’t in a position to talk about menstruation stigma.”

The public outcry was so great that Lancet editor-in-chief Richard Horton issued a statement Monday in response. “I would like to thank all those who have responded to the words on this week’s Lancet cover and understand the strength of feeling it has provoked,” Horton wrote:

The Lancet strives for maximum inclusivity of all people in its vision for advancing health. In this instance, we have conveyed the impression that we have dehumanised and marginalised women. Those who read The Lancet regularly will understand that this would never have been our intention.

“I apologise to our readers who were offended by the cover quote and the use of those same words in the review,” Horton wrote. To critics, however, the apology was half-hearted at best. “At the same time,” Horton added, “I want to emphasise that transgender health is an important dimension of modern health care, but one that remains neglected.”

The exhibition review from which The Lancet cover quote was taken is a compelling call to empower women, together with non-binary, trans, and intersex people who have experienced menstruation, and to address the myths and taboos that surround menstruation.

Horton claimed that The Lancet’s article dispelled “myths” and “taboos” in order to address “menstrual shame and period poverty.”

Frew critics were impressed with the editor’s follow-up statement.

As feminist psychologist and author Dr. Jessica Taylor put it:

I see you have missed out the part where you explain why you dont call men ‘bodies with penises’ in your scientific articles and reviews, and how the word ‘man’ is still acceptable, but ‘woman’ isn’t.

A body with a brain.