Pro-Life Leaders Urge Senators to Vote ‘NO’ on Califf 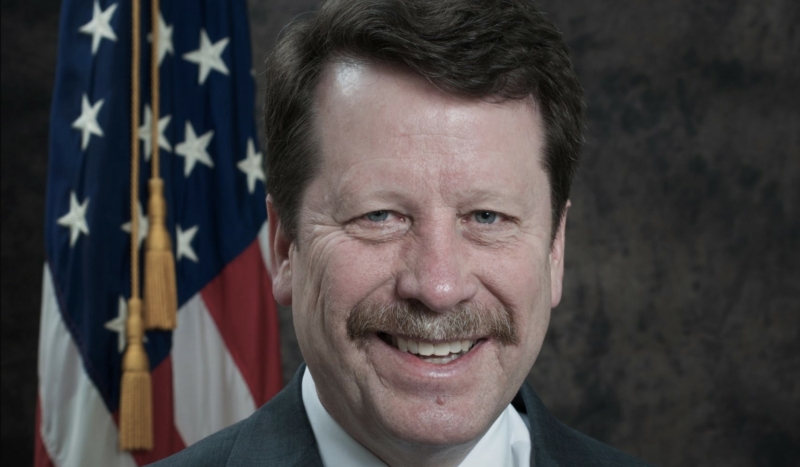 CV NEWS FEED // Dozens of pro-life leaders, led by the Charlotte Lozier Institute, wrote a letter to senators this week urging them to vote against the confirmation of Robert Califf, President Joe Biden’s nominee for commissioner of the Food and Drug Association (FDA).

Along those who signed the letter were Susan B. Anthony List President Marjorie Dannenfelser, March for Life Education and Defense Fund President Jeanne Mancini, National Right to Life President Carol Tobias, CatholicVote President Brian Burch, and many others.

During Califf’s tenure with the FDA under the Obama administration, the department “significantly undermined the reporting and safety requirements on medication abortion, also known as chemical abortion,” the letter stated:

As the abortion industry continues to push for abortion on demand, the FDA needs a leader who will follow the science and prioritize the health and well being of women and girls. Based on his past (successful) effort to weaken data and safety requirements for  chemical abortion, we must oppose his nomination.

The letter went on to explain that the FDA applies “Risk Evaluation and Mitigation Strategies (REMS) to drugs with serious safety concerns ‘to help ensure the benefits of the medication outweigh its risks.’”

“Until 2016, the REMS for chemical abortion required the reporting of severe, life-threatening, and fatal adverse events,” the letter stated. “Under the direction of Califf, this requirement was altered to require that only fatal adverse events be reported. Califf approved this change despite thousands of adverse event reports already having been submitted to the FDA under the REMS.”

75 members of Congress sounded the alarm over these changes to the REMS in “a bipartisan, bicameral letter to Califf expressing disappointment in his decision and calling for greater data transparency,” the letter stated. That memo to Califf also “requested additional information related to the decision-making process and an updated summary of the adverse event  reporting through March 2016. Califf never responded.”

The signers also pointed out that in 2016, about one-third of abortions reported in the U.S. were “medical.” Today, “the most recent data shows chemical abortions constitute 44% of all abortions,” and in some states “chemical abortion has become the primary method of abortion,” while “other states are on pace to do the same.”

Califf’s weakened reporting requirements have “obscured the full scope of complications associated with with chemical abortion” during a time of a “rapid shift by the abortion industry toward chemical abortion,” the letter stated.

While the data is harder to analyze, what researchers do know about chemical abortions and their adverse effects is alarming:

An exhaustive report published earlier this year on the FDA’s data on deaths and severe adverse events found incomplete data including over 500 “uncodable” events, where women were “lost to follow-up” and there were huge gaps in critical medical information. Still, the existing data within the FDA adverse events reporting (AER) shows evidence of at least 20 deaths, nearly 600 life-threatening events, and over 2,000 severe events, including emergency hysterectomies and ruptured ectopic pregnancies. Another peer-reviewed study of Medicaid claims data has also found that more than 60% of chemical abortion-related emergency room visits were miscoded as miscarriages. Any claims of safety from the FDA without addressing these serious flaws in available data cannot be taken seriously.

Shortly after COVID-19 first hit in 2020, pro-life leaders “warned HHS Secretary Alex Azar of the abortion industry’s scheme to use the pandemic as an excuse to expand abortion via  telemedicine,” the letter explained:

The Trump Administration rightly defended these protections to avoid compounding the public  health emergency. However, within a month of HHS Secretary Becerra’s confirmation, the Biden FDA changed course, allowing abortion pills to be sent through the mail in direct contradiction of existing safety requirements, by using “enforcement discretion” to lift the REMS in-person dispensing requirement. By the following month,  the FDA had committed to review data on the REMS for chemical abortion to assess whether the already insufficient requirements should be continued at all. In a decision driven by pro-abortion pressure, the FDA announced the results of this review, declaring the in-person requirement permanently removed from the REMS on December 16, 2021. The in-person requirement is needed to give physicians the opportunity to accurately  confirm and date the pregnancy, rule out an ectopic pregnancy, test the woman’s Rh factor, and make certain she  is not being coerced into taking the drug regimen.

The letter warned that Califf’s avoidance of identifying “these risk factors can lead to traumatic, potentially life-threatening complications.” The REMS “must be strengthened, and accurate reporting reinstated….”

In a confirmation hearing last month, however, “Califf was asked about chemical abortion, and did not address his role in weakening safeguards on the drug:

Instead, he told the committee that he trusted that any decision made by the FDA would be based on the best available data. There is a cruel irony in the fact that FDA data is “woefully inadequate” data due to Califf’s own decisions while serving as FDA Commissioner during the Obama administration.

“Now the Biden administration seeks your consent to return Dr. Robert Califf to the top spot at the FDA where he will be asked to approve mail-order chemical abortion,” the letter concluded:

With a track record of rubber-stamping abortion industry demands and with permanent authorization of unsafe mail-order abortion hanging in the balance, Califf is the wrong choice for FDA Commissioner. We urge you to vote no on his nomination.

CatholicVote Director of Government Affairs Tom McClusky applauded the letter on Thursday, arguing that Califf’s confirmation would be a lynchpin in abortion industry plans to thward pro-life protections in the future.

“The Abortion Lobby views chemical abortion as the future of their death industry because it is cost-effective for them, and hard to regulate,” McClusky said. “Their next step is to create the Amazon of Abortion, making chemical abortion pills available through the mail, and turning pharmacies and post offices into abortion dispensers. The abortion industry needs Robert Califf at the FDA to make that happen.”