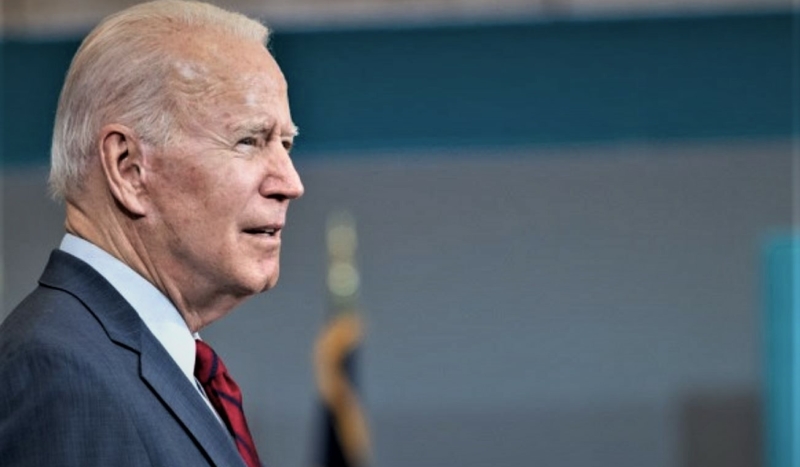 CV NEWS FEED // CatholicVote helped launch a campaign this week against the Biden administration’s push to eliminate the Hyde Amendment, a longstanding bipartisan agreement included in spending bills which forbids the use of taxpayer dollars to fund abortions.

CatholicVote partnered with the pro-life Susan B. Anthony List on the campaign, which will raise awareness about the issue and encourage political action to retain the custom of including pro-life protections against taxpayer funding of abortion in spending and appropriations bills.

“We’re calling on all Catholics to rally today. We need to save the Hyde Amendment,” wrote CatholicVote president Brian Burch on Thursday as he encouraged pro-lifers to use the hashtag #HydeSavesLives.

The Hyde Amendment “has been passed every year since 1976,” Burch explained:

It has long had the support of both Republicans and Democrats. In fact, when in the Senate, Joe Biden supported the Hyde Amendment and voted for it more than 25 times. But now President Biden is calling for an end to the Hyde Amendment, which has saved nearly 2.5 million lives!

This week, House Democrats advanced a $253.8 billion appropriations bill for fiscal year 2022 without the customarily attached Hyde Amendment. Republicans decried the exclusion of the pro-life protection, and vowed to fight the bill in the Senate until Hyde is restored.

This is the second time since the beginning of the Biden administration that Democrats have gone out of their way to ensure taxpayer funding for abortions by excluding Hyde.

“Democrats used the Covid-19 pandemic to pass an emergency funding bill earlier this year which did NOT include pro-life protections like the Hyde Amendment,” wrote Burch. “But now Democrats want to completely cut off the Hyde Amendment from the normal annual appropriations bill.”

“We must stand our ground. We must rally Catholics. Let everyone know #HydeSavesLives,” Burch concluded.

CatholicVote has also provided a public tool called the CatholicVote Action Center, which readers can use to quickly and easily contact their representative to “urge them to insist on pro-life protections, including the Hyde Amendment.” “We make it easy to send a note to your representative, and we have helpful talking points for you,” said Burch.

Republican senators and representatives flooded social media with the hashtag #HydeSavesLives this week, creating a united front against the Biden administration’s priority of forcing Americans to fund abortion with their tax dollars.

Other social media users have also shared the hashtag, along with their own thoughts.

“President [Joe Biden] voted for the #HydeAmendment every year he was in Congress,” wrote Katie Glenn. “He should stand for it now. #HydeSavesLives”

“The house appropriations committee just passed a spending bill that DID NOT include the Hyde Amendment,” wrote Maggie Donica. “We are in danger of our federal tax dollars going to pay for something that many citizens not only do not like but do not agree with morally. #HydeSavesLives”

“Why should our tax dollars fund the slaughtering, poisoning, and dismembering of another human being in our society?” Mary Logan tweeted, along with the hashtag.

Logan also shared a famous quotation from Congressman Henry Hyde, who sponsored the Hyde Amendment when it was first introduced in 1976.

“When the time comes, as it surely will, when we face that awesome moment, the final judgment, I’ve often thought, as Fulton Sheen wrote, that it is a terrible moment of loneliness,” said Hyde:

You have no advocates, you are there alone standing before God — and a terror will rip your soul like nothing you can imagine. But I really think that those in the pro-life movement will not be alone. I think there’ll be a chorus of voices that have never been heard in this world but are heard beautifully and clearly in the next world — and they will plead for everyone who has been in this movement. They will say to God, “Spare him, because he loved us!”