Pro-LGBT Catholics At War with the Vatican 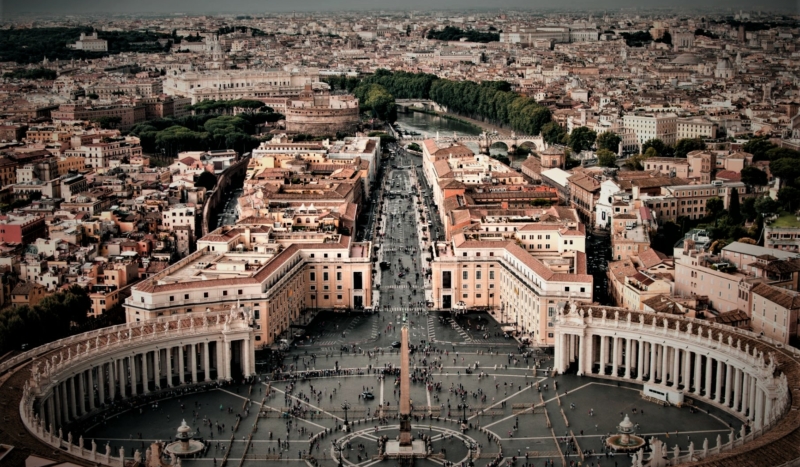 A 350-strong group of pro-LGBT priests called the Austrian Priests’ Initiative issued a “Call to Disobedience.”

“We … are deeply appalled by the new Roman decree that wants to prohibit the blessing of same-sex loving couples,” the statement proclaimed. “This is a relapse into times that we had hoped to be overcome with Pope Francis.”

The statement went on to promise “a church-service,” including a blessing, to any same-sex couple who would like one.

The move shocked many Catholics. Those who remain faithful to the Church recognized it as a declaration of war with timeless and unchangeable Catholic teaching. But the Austrian priests were not alone.

A considerable number of more prominent Catholics are expressing similar sentiments, even signaling a willingness to join the Austrian clerics in bringing about something of a schism.

In a series of Tweets, Martin also shared many examples of other Catholic leaders–including pastors and bishops–expressing their outrage against the Vatican.

Rev. Thomas Reese, SJ, senior analyst for Religious News Service, also decried the Vatican’s recent statement. He characterized it as a “preemptive” strike against progressive clergy which “will not succeed.”

“It’s ugly seeing so many dissidents come out of the woodwork against the Holy Father,” said CatholicVote political director Joshua Mercer Wednesday. “But Catholics shouldn’t forget this all started with the Church simply teaching what it always has taught.”

“The original Vatican statement that has them so upset wasn’t out of the blue,” Mercer explained. “It was an answer to progressive clergy who were flirting with betraying the Church’s teachings for the LGBT agenda. The pope apparently thought it was best to answer them with a reminder of what the Church teaches, to put them back on the right track.”

“Their reaction,” Mercer concludes, “just proves Pope Francis was right to think they were overdue for a correction.”