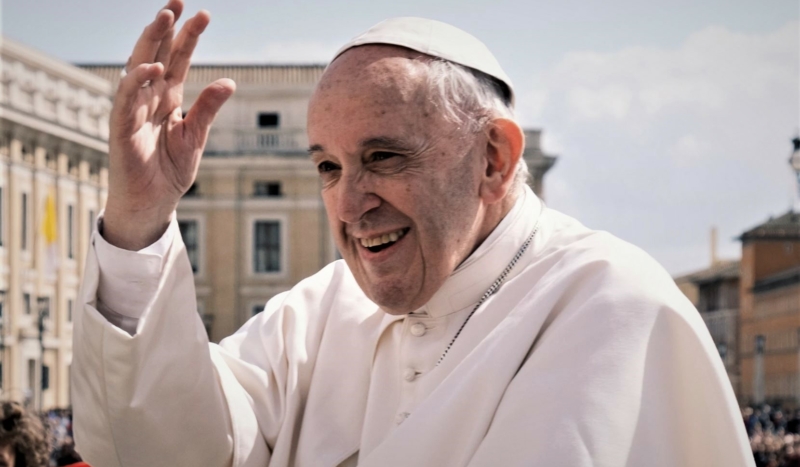 Sources from the Vatican’s Apostolic Palace and the office of the Vatican Secretary of State say the meeting might take place in the midst of a scheduled trip through Europe, the Catholic News Agency reported Thursday.

The issue of pro-abortion politicians presenting themselves for Communion at church has been steadily gaining public attention since Biden, a Catholic who supports taxpayer-funded abortion, took office.

A few liberal prelates objected strongly when bishops first introduced the idea of discussing and producing a clarifying document on reception of the Eucharist at their upcoming Assembly Meeting in June.

Two American bishops, Cardinals Blase Cupich of Chicago and Joseph Tobin of Newark lobbied Rome to intervene in an effort that seemed to thwart the USCCB’s effort.

In May, the Vatican responded by warning the U.S. Bishops to only discuss the matter among themselves, and ultimately to leave it up to politicians and their own local Church authorities.

Asked about the U.S. Bishops’ plan to issue a statement about reception of the Eucharist by politicians who embrace evils such as abortion and euthanasia, Nancy Pelosi said in May that she could use her “own judgement” about it. She added that she was “pleased” by the Vatican’s statement to the bishops.

If confirmed, the timing of Biden’s first audience with the pope will likely raise eyebrows.

Cupich and Tobin, both appointed by Francis, are considered to be close with the Vatican. Both have contacted Rome to request interventions against their brother bishops in America. And both are also noted for their politically progressive messaging.

As CatholicVote has reported:

During the leadup to the 2020 election, Tobin addressed the question of whether faithful Catholics can vote for pro-abortion politicians by saying that “a person in good conscience could vote for Mr. Biden,” but said that “in my own way of thinking,” he would “have a more difficult time with the other option,” President Trump.
For his part, Cupich protested very publicly when Archbishop Jose Gomez, President of the United States Conference of Catholic Bishops (USCCB), pointed out where President Joe Biden’s policy positions differ with the teachings of the Catholic Church on Inauguration Day.
During that controversy too, Tobin reportedly joined Cupich in contacting the Vatican to lobby for an intervention against the USCCB.