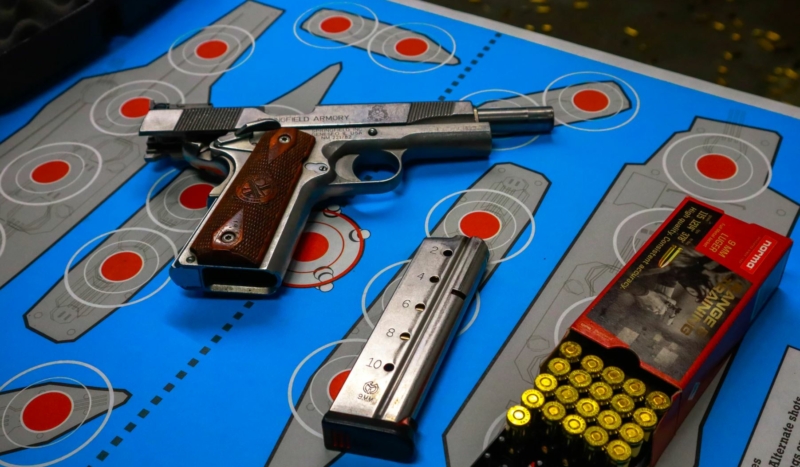 CV NEWS FEED // The Biden Administration announced several new executive actions on gun control Thursday. The CatholicVote team thought now would be a good time to remind readers of a compelling essay written in 2017 by an anti-gun Catholic whose own research led her to a new perspective.

“Before I started researching gun deaths, gun-control policy used to frustrate me,” wrote Leah Libresco for the Washington Post. “I wished the National Rifle Association would stop blocking common-sense gun-control reforms such as banning assault weapons, restricting silencers, shrinking magazine sizes and all the other measures that could make guns less deadly.”

But then Libresco spent three months with her FiveThirtyEight colleagues analyzing “all 33,000 lives ended by guns each year in the United States.”

“We looked at what interventions might have saved those people, and the case for the policies I’d lobbied for crumbled when I examined the evidence,” she wrote. “The best ideas left standing were narrowly tailored interventions to protect subtypes of potential victims, not broad attempts to limit the lethality of guns.”

When Libresco researched the strict gun laws of Britain and Australia, she found no conclusive proof that similar legislation would reduce gun crimes in America.

She also found that the terminology often used by gun-control advocates was ignorant and inapplicable to actual weapons.

“Assault weapon,” for example, was “an invented classification that includes any semi-automatic that has two or more features….” She learned that since “guns are modular … any hobbyist can easily add these features at home, just as if they were snapping together Legos.”

And she found that “silencers” do not in fact make guns silent enough to enable more gun crimes. “In real life, silencers limit hearing damage for shooters but don’t make gunfire dangerously quiet,” Libresco wrote. “An AR-15 with a silencer is about as loud as a jackhammer.”

Even magazine limits, a type of gun control law which she at first thought a “a little more promising,” ended up leaving her unconvinced of their merits, since “a practiced shooter could still change magazines so fast as to make the limit meaningless.”

In her research, Libresco looked at the three top categories of gunshot victims in the U.S.: Suicides (mostly older men), young men aged 15 to 34 (often involved in street violence), and women (often in domestic violence situations). “Far more people were killed in these ways than in mass-shooting incidents,” Libresco wrote, “but few of the popularly floated policies were tailored to serve them.”

“Almost no proposed restriction would make it meaningfully harder for people with guns on hand to use them” in suicides, for example. “I couldn’t even answer my most desperate question: if I had a friend who had guns in his home and a history of suicide attempts, was there anything I could do that would help?”

“By the time we published our project,” Libresco wrote, “I didn’t believe in many of the interventions I’d heard politicians tout.” She was still personally uncomfortable with guns, and would not want to have one in her own home. “But I can’t endorse policies whose only selling point is that gun owners hate them.”

She had discovered that such policies “often seem as if they were drafted by people who have encountered guns only as a figure in a briefing book or an image on the news.”

Libresco had, however, drawn some wisdom from her research. Instead of the gun-control measures she used to support, “I found the most hope in more narrowly tailored interventions.”

“Potential suicide victims, women menaced by their abusive partners and kids swept up in street vendettas are all in danger from guns, but they each require different protections,” Libresco concluded. These interventions were not broad, sweeping national policies, but local, personal interventions to help those in most danger from gun violence.

“Older men, who make up the largest share of gun suicides, need better access to people who could care for them and get them help,” for example. And women “endangered by specific men need to be prioritized by police, who can enforce restraining orders prohibiting these men from buying and owning guns.” Finally, young men “at risk of violence need to be identified before they take a life or lose theirs and to be connected to mentors who can help them de-escalate conflicts.”

Some such approaches have only occasionally been tried and found effective. But even “the most data-driven practices, such as New Orleans’ plan to identify gang members for intervention based on previous arrests and weapons seizures, wind up more personal than most policies floated,” Libresco wrote. “The young men at risk can be identified by an algorithm, but they have to be disarmed one by one, personally — not en masse as though they were all interchangeable.”

“A reduction in gun deaths is most likely to come from finding smaller chances for victories and expanding those solutions as much as possible,” she concluded. “We save lives by focusing on a range of tactics to protect the different kinds of potential victims and reforming potential killers, not from sweeping bans focused on the guns themselves.”