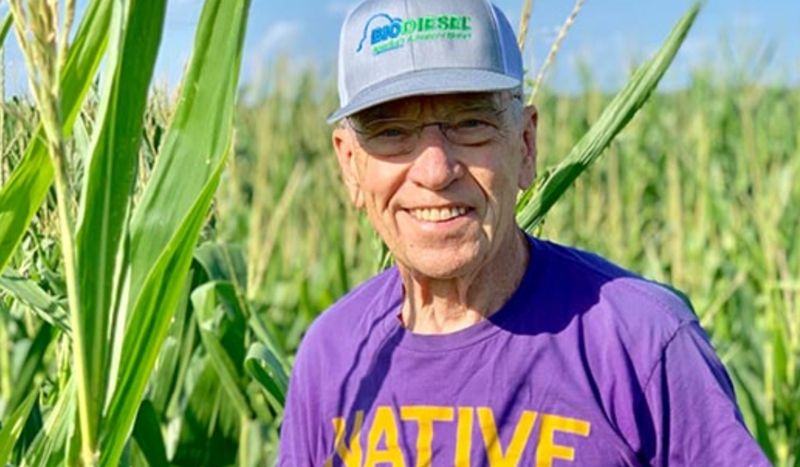 CV NEWS FEED // Sen. Chuck Grassley, R-IA, has introduced a bill aimed at lessening the effects of inflation on middle-class and lower-income families.

“Iowa State University released a report showing inflation has resulted in the equivalent of a 33 percent cut to rural disposable incomes,” Grassley’s office said in a statement:

In an effort to cushion the blow that inflation has dealt to Americans’ budgets, Grassley’s proposal would index certain tax benefits to adjust for inflation – including tax credits and deductions that benefit parents and students.

The bill, called the Family and Community Inflation Relief Act, “would help parents by adjusting the Child Tax Credit and the Non-Child Dependent Credit’s phase-out thresholds and credit amounts for inflation,” the statement explained. The legislation would similarly set education-related tax benefits to adjust for inflation as well.

Sociologist and analyst Josh McCabe called the Grassley proposal “great news.” It “would finally index the child tax credit. This would end the pernicious practice of allowing family tax benefits to be eroded by inflation over time,” McCabe said:

Nonindexation has always been the Achilles’ heel of the child tax credit. To give one illustration: If indexation had been included along with the other changes in 2017, it would be closer to $2,400 per child today (rather than the current $2,000).

Commentator Ramesh Ponnuru added that he believes Grassley’s proposed provisions to tie tax credits to the real-world effects of inflation “should be permanent,” and the index “should be to nominal wages.” In other words, instead of indexing (or increasing) the tax credit allowance to inflation, Ponnuru argued, one could simply tie it to actual labor wages.

“The relentless 40-year high inflation we’re seeing today has made it increasingly difficult for Americans to afford their trips to the gas station and grocery store,” Grassley stated in a Thursday press release:

Coupled with my Middle-Class Savings and Investment Act, indexing useful tax credits to inflation – like the Child Tax Credit and the Lifetime Learning Credit – will help parents and students keep up with rising costs. While President Biden has failed to produce any meaningful solutions to the economic crisis he created, I’ll continue working on commonsense policies that will help Americans weather this soaring inflation.

“Families are reeling from inflation. Poll after poll shows that what Americans are the most worried about is inflation and the economy. We applaud Senator Grassley for offering a commonsense way to address this central problem,” said Mercer. “There’s no reason that Congress can’t fix this right now.”