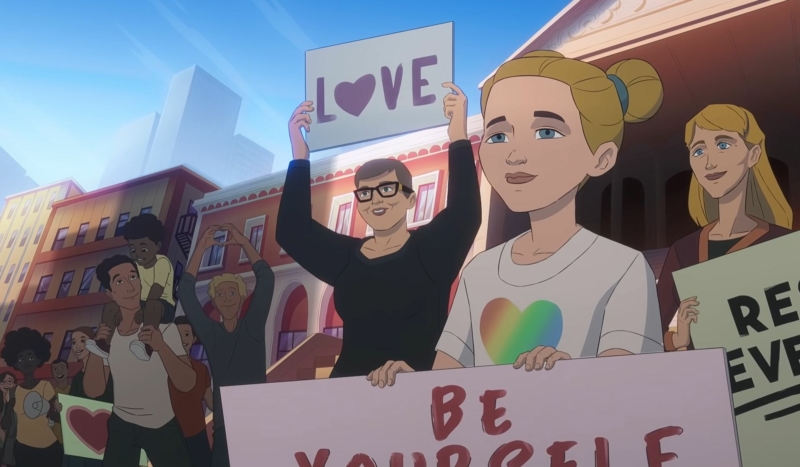 CV NEWS FEED // A new United States Army recruitment ad tells the story of a radical Leftist who joined the military in part to “shatter some stereotypes.”

“This is the story of a soldier who operates your nation’s Patriot Missile Defense Systems,” the narrator says at the start of the ad. “It begins in California with a little girl raised by two moms.”

The ad goes on to feature the little girl marching in LGBT protests and watching her mother “standing at the altar to marry my other mom.” The girl grows up and attends the University of California, Davis, where she joins a sorority “full of other strong women.”

After graduating the girl enlists in the Army, calling it “a way to prove my inner strength, and maybe shatter some stereotypes….”

The new Army ad comes on the heels of similar promotional videos released by the Central Intelligence Agency (CIA), leading critics to object that the Biden administration is using American intelligence and now even the armed forces to promote the radical causes of the far-Left wing of the Democratic Party.

One CIA ad featured an officer emphasizing that she is the daughter of immigrants, “a woman of color … a cysgender millennial who’s been diagnosed with generalized anxiety disorder,” and “intersectional.” “I refuse to internalize misguided patriarchal ideas of what a woman can or should be,” she said.

“Nowhere in the ad is love of country or patriotism mentioned,” commentator David Reaboi pointed out regarding the new Army ad.

“The new woke Army ad is exactly an ad I would expect for the US military during a Biden admin,” argued Jillian Anderson. “It’s weak, confusing and embarrassing.”

The new Army recruitment video can be viewed below.