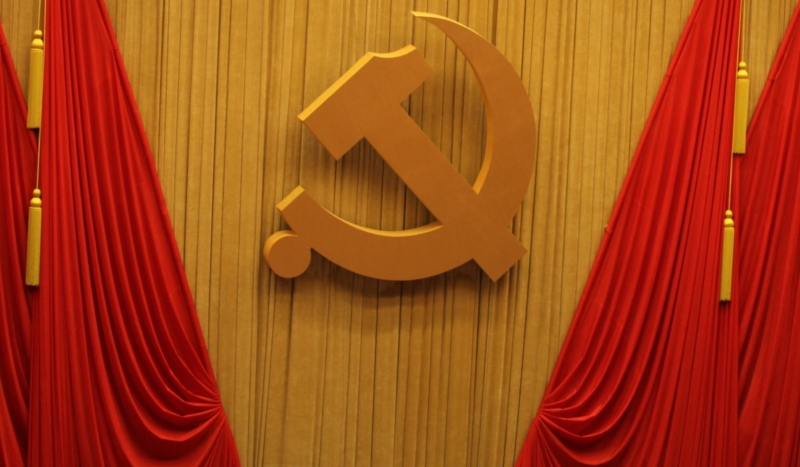 After the games came to a close, NBC clocked in at an average of 12.2 million primetime viewers of the events across all channels, including cable and Peacock, NBC’s online streaming service. That number was down 42% from the Winter Olympics of 2018.

The average on NBC alone was 10 million, “a 47 percent drop,” according to the Associated Press. “That’s even with the average inflated by airing directly after the Super Bowl, a night that brought in 24 million viewers,” the AP added.

The news comes on the heels of widespread protests against the Beijing Olympics, which is the first-ever winter olympics to be held in China. Ahead of the Games, activists against the Chinese Communist Party (CCP) spread the word about the regimes abuses along with the hashtag #LeastWatchedOlympics.

The CCP is currently engaged in a number of brutal “sinicization” actions against Catholic and other religious people in China, as well as a campaign of ethnic cleansing against the Uyghur community which both the Trump and the Biden administrations have classified as a genocide.

“Many American athletes underperformed” at the games, according to the AP, “and arguably the most successful — freestyle skier Eileen Gu — competed for China.” Gu, an American-born athlete, angered American Olympics fans by renouncing her American citizenship in order to win medals for the Communist regime. She has also been an outspoken promoter of Leftist “anti-racist” and “gender equality” causes in the U.S., while remaining silent on the widespread abuses of women and ethnic minorities under the CCP.

“Viewers stayed away in alarming numbers, and NBC has to wonder whether it was extraordinarily bad luck or if the brand of a once-unifying event for tens of millions of people is permanently tainted,” according to the AP:

…One woman on Twitter proclaimed the Olympics were “over for me. My lasting impression will be fake snow against a backdrop of 87 nuclear reactors in a country with a despicable human rights record during a pandemic. And kids who can look forward to years of therapy.”
“Things look particularly bleak now,” [said John Ourand, media writer at the Sports Business Journal.] “It certainly is a low-water mark.

As a report from Fox News pointed out, the ugliness of the spectacle of NBC collaborating with Chinese officials to broadcast the Games was not lost on liberal media outlets:

“China’s blatant disregard of human rights added a repulsive element to this year’s festivities,” Slate reported. The New York Times called the Games a “joyless spectacle” where China could only celebrate pulling the Games off on time and avoiding “total disaster.” Other storylines clouding the Games were Chinese tennis player Peng Shuai’s seemingly coerced retraction of a sexual assault allegation against a top government official, and China’s support of Russia as it prepares what the Biden administration says is an imminent invasion of Ukraine.

“I think part of it is because people just have made a decision that China is too atrocious to deal with, so therefore they didn’t watch,” CCP critic Gordon Chang told Fox. “There is karma in the world.”

Chang pointed out, however, that many media institutions and corporate powers have been troublingly quiet about China’s crimes. “China wields tremendous influence over corporate behaviors thanks to being the world’s largest country,” Fox reported.

Hollywood, major sports leagues, and media outlets have pulled their punches with and at times even outright been apologetic toward China, such as when NBA star LeBron James scolded a Houston Rockets executive for supporting Hong Kong democracy protesters, or when “F9” movie star John Cena apologized in Mandarin for saying Taiwan was an independent country.

CatholicVote President Brian Burch agrees with Chang, but takes it a step further. “These Olympics should have never been held. At the least, America should have refused to participate, given the widely known human rights abuses,” said Burch:

The drop in viewership marks a shift. Americans are asking bigger questions about media, big corporations, and the place of our loyalties. We all want to watch Americans compete and win. But not at the expense of legitimizing a geo-political adversary that puts its citizens in camps, steals our technology and intellectual property, and has pushed the American working class to the margins. We all sensed this was a huge propaganda event, and Americans refused to fall for it.”