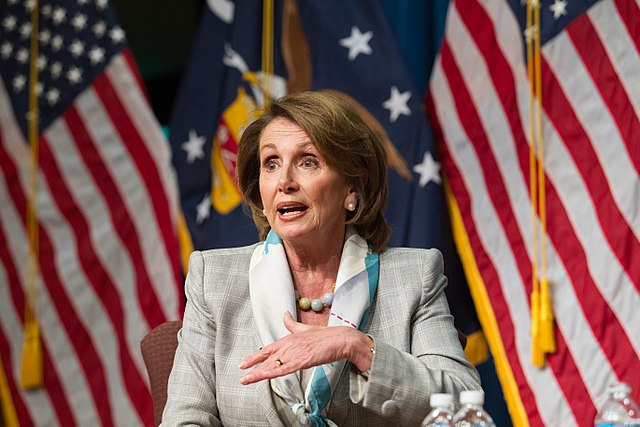 CV NEWS FEED // Archbishop Salvatore of San Francisco on Friday announced that House Speaker Nancy Pelosi, D-CA, will be denied Communion in the Archdiocese of San Francisco unless and until she repents of her support for abortion.

In a Thursday letter to Pelosi, Cordileone pointed out “the Church’s ancient and consistent teaching that ‘from the first moment of conception life must be guarded with the greatest care while abortion and infanticide are unspeakable crimes.’”

“A Catholic legislator who supports procured abortion, after knowing the teaching of the Church, commits a manifestly grave sin which is a cause of most serious scandal to others,” the archbishop continued, citing canon 915 from the Catholic Code of Canon Law: “Therefore, universal Church law provides that such persons ‘are not to be admitted to Holy Communion.’”

Cordileone wrote that he was “grateful” that Pelosi has spoken with him in the past about the issue of abortion, but added:

I have not received such an accommodation to my many requests to speak with you again since you vowed to codify the Supreme Court’s Roe v. Wade decision in federal law following upon passage of Texas Senate Bill 8 last September.

That is why I communicated my concerns to you via letter on April 7, 2022, and informed you there that, should you not publically repudiate your advocacy for abortion “rights” or else refrain from referring to your Catholic faith in public and receiving Holy Communion, I would have no choice but to make a declaration, in keeping with canon 915, that you are not to be admitted to Holy Communion.

“As you have not publically repudiated your position on abortion, and continue to refer to your Catholic faith in justifying your position and to receive Holy Communion, that time has now come,” Cordileone wrote:

Therefore, in light of my responsibility as the Archbishop of San Francisco to be “concerned for all the Christian faithful entrusted to [my] care” (Code of Canon Law, can. 383, §1), by means of this communication I am hereby notifying you that you are not to present yourself for Holy Communion and, should you do so, you are not to be admitted to Holy Communion, until such time as you publically repudiate your advocacy for the legitimacy of abortion and confess and receive absolution of this grave sin in the sacrament of Penance.

“In a 2008 interview with C-SPAN, Pelosi said being denied Communion would be ‘a severe blow,’ describing herself at the time as a ‘regular communicant,’” reports the Catholic News Agency:

In a separate letter to priests of the San Francisco Archdiocese also released Friday, Cordileone responded preemptively to criticism that he was “weaponizing the Eucharist.”

He insisted that his decision was “simply application of Church teaching.”

“I have been very clear all along, in both my words and my actions, that my motive is pastoral, not political,” he said in the letter.

CatholicVote President Brian Burch lauded Cordileone’s decision in a statement Friday. “Catholics across America commend Archbishop Cordileone and his pastoral leadership in handling the scandal posed by House Speaker Nancy Pelosi,” Burch said. “For too long Catholic public officials have created confusion and disunity by advocating for policies that destroy innocent human life – in direct contradiction of the teachings of the Catholic faith.”

“The persistent disobedience of these public officials is a source of enormous sadness and scandal that begged for a response,” he added:

The Church has no choice but to protect itself and to encourage all of its members to live in communion with its teachings. For the sake of Speaker Pelosi and the rest of the flock in his charge, Archbishop Cordileone is right to call her to return to full communion with the Church. We hope and pray she will do so.

Cordileone concluded his letter to Pelosi with an assurance that, whether or not she repudiates her promotion of abortion, he personally will pray and fast for her.