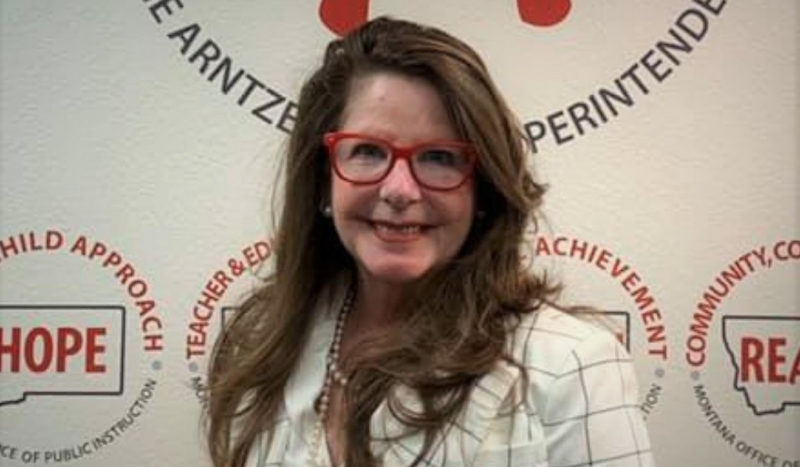 “I hereby formally request an Attorney General Opinion on the legality of teaching so-called ‘antiracism’ and Critical Race Theory in Montana Public Schools,” wrote Montana State Superintendent of Public Instruction Elsie Arntzen in a Wednesday letter to the AG.

“Specifically, I request your opinion as to whether these practices may violate Title VI of the Civil Rights Act of 1964, the Equal Protection Clause of the Fourteenth Amendment,” a law in the Montana Constitution, or “other applicable nondiscrimination laws,” Arntzen wrote.

The Montana Office of Public Instruction has “serious concerns” about the U.S. Department of Education’s new prioritization of “antiracism” in education, Arntzen wrote. “It also raises serious questions as to whether it encourages schools to treat students differently on the basis of race in violation of federal and state nondiscrimination laws.”

Arntzen went on to critique and warn against CRT, quoting some of its leading proponents and citing troubling examples of policies implemented which, while in line with CRT, run afoul of American anti-discrimination laws.

“CRT stresses racial divisions and sees society in terms of minority racial groups oppressed by the majority,” Arntzen wrote. “CRT critiques liberalism and argues that whites have been the primary beneficiaries of civil rights legislation,” while rejecting “colorblindness.”

Arntzen pointed out that Ibram Kendi, author of How to Be an Antiracist and a leading light among proponents of CRT, has written that “there is no such thing as a nonracist or race-neutral policy.”

Arntzen also expressed concern over recent examples of publicly-funded “antiracist” programs which explicitly separated participants into groups based on skin-color or ethnicity.

“Actions such as these seem to violate the plain language of Title VI because they treat individuals differently based on race,” she wrote. “When a school separates or excludes students on the basis of race for these ‘antiracist’ activities, it clearly constitutes different treatment.”

“Additionally, in some instances these materials may cause a racially hostile environment under Title VI, i.e., harassing conduct, if they are sufficiently severe, pervasive or persistent so as to interfere with or limit the ability of a student to participate in or benefit from the services, activities or privileges provided by a school,” Arntzen warned. If “a school allows students to be judged, labeled, or assigned guilt according to their race, that could create an impermissible hostile environment.”

The full letter can be found here.