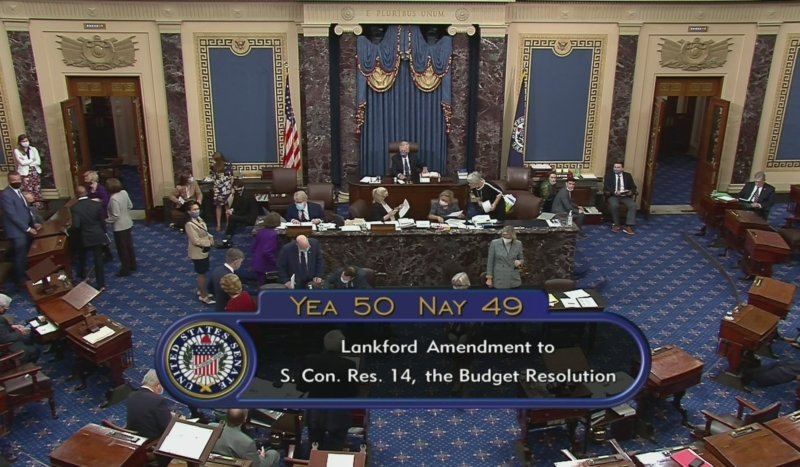 CV NEWS FEED // After the passage of the $1.2 trillion infrastructure bill, the Senate began a series of votes on amendments to a proposed $3.5 trillion budget resolution.

Sen. Lankford thanked his colleagues for voting to protect the Hyde Amendment:

The Susan B. Anthony List thanked Manchin for standing up for the Hyde Amendment: “We thank Senator Manchin for being the notable exception by standing up for unborn children, their mothers, and pro-life American taxpayers today,” said Marjorie Dannenfelser, the organization’s president.

“Watch for the wraparound at the end of the night. We have previously seen Sen. Manchin vote with Schumer to wipe out inconvenient amendments that he himself supported hours earlier,” he said.