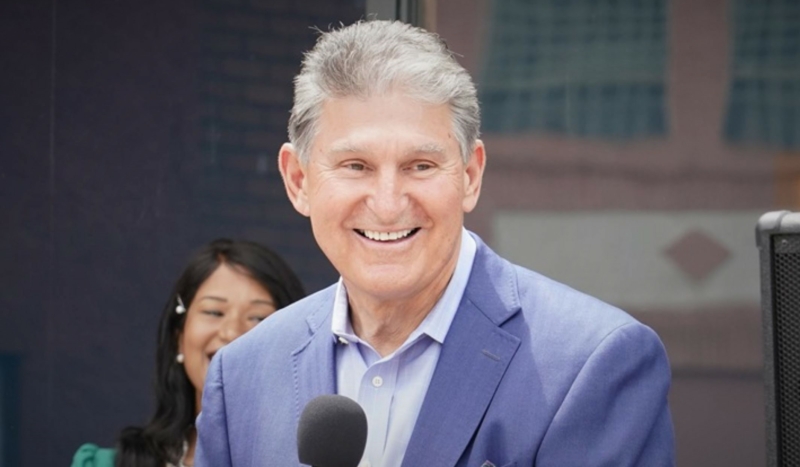 CV NEWS FEED // Sen. Joe Manchin, D-WV, stated that he will not vote for more massive spending bills, and called on Congress to take a “strategic pause,” in a column at the Wall Street Journal.

Some in Congress “have a strange belief there is an infinite supply of money to deal with any current or future crisis, and that spending trillions upon trillions will have no negative consequence for the future,” Manchin wrote. “I disagree.”

“An overheating economy has imposed a costly ‘inflation tax’ on every middle- and working-class American,” he explained:

At $28.7 trillion and growing, the nation’s debt has reached record levels. Over the past 18 months, we’ve spent more than $5 trillion responding to the coronavirus pandemic. Now Democratic congressional leaders propose to pass the largest single spending bill in history with no regard to rising inflation, crippling debt or the inevitability of future crises. Ignoring the fiscal consequences of our policy choices will create a disastrous future for the next generation of Americans.

Manchin argued that America will find itself unable to respond to future crises, such as new COVID-19 mutations, recessions, or terrorist attacks, “if we needlessly spend trillions of dollars today….”

“Instead of rushing to spend trillions on new government programs and additional stimulus funding, Congress should hit a strategic pause on the budget-reconciliation legislation,” he wrote. “A pause is warranted because it will provide more clarity on the trajectory of the pandemic, and it will allow us to determine whether inflation is transitory or not.”

While other Democrats push to pass the current reconciliation legislation immediately, wrote Manchin, “I believe that making budgetary decisions under artificial political deadlines never leads to good policy or sound decisions. I have always said if I can’t explain it, I can’t vote for it, and I can’t explain why my Democratic colleagues are rushing to spend $3.5 trillion,” he added.

Manchin went on to provide another reason to pause:

We must allow for a complete reporting and analysis of the implications a multitrillion-dollar bill will have for this generation and the next. Such a strategic pause will allow every member of Congress to use the transparent committee process to debate: What should we fund, and what can we simply not afford?

“I, for one, won’t support a $3.5 trillion bill, or anywhere near that level of additional spending, without greater clarity about why Congress chooses to ignore the serious effects inflation and debt have on existing government programs,” Manchin wrote, and pointed out that “the Social Security and Medicare Trustees have sounded the alarm that these life-saving programs will be insolvent and benefits could start to be reduced as soon as 2026 for Medicare and 2033, a year earlier than previously projected, for Social Security.”

Manchin described the current approach in Congress as establishing “an artificial $3.5 trillion spending number and then reverse-engineering the partisan social priorities that should be funded,” which “isn’t how you make good policy.”

Inflation, which is still on the rise, “is bleeding the value of Americans’ wages and income,” Manchin pointed out. He also suggested that the massive, Biden-backed spending bill is not a product of truly compassionate motives, but is rather an exercise in political and social engineering.

This positive economic reality makes clear that the purpose of the proposed $3.5 trillion in new spending isn’t to solve urgent problems, but to re-envision America’s social policies.

“At a time of intense political and policy divisions, it would serve us well to remember that members of Congress swear allegiance to this nation and fidelity to its Constitution, not to a political party,” Manchin concluded. “By placing a strategic pause on this budgetary proposal, by significantly reducing the size of any possible reconciliation bill to only what America can afford and needs to spend, we can and will build a better and stronger nation for all our families.”