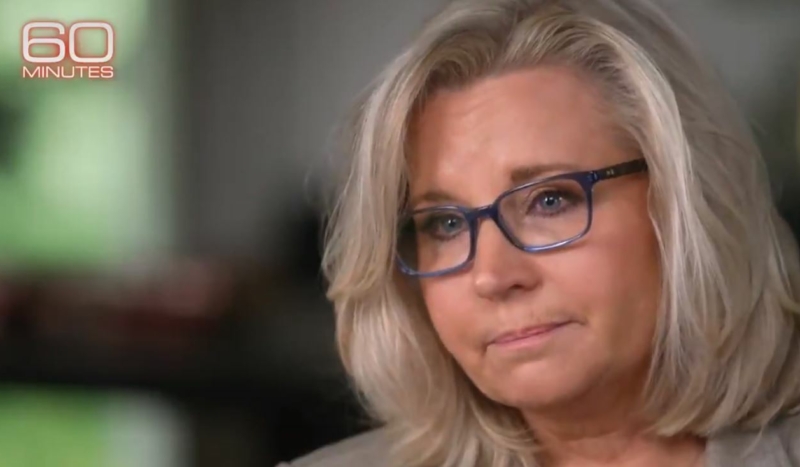 CV NEWS FEED // In the midst of a contentious reelection campaign, Rep. Liz Cheney, R-WY, said that she now supports the LGBT movement, reversing the position that she took in 2013 as she was beginning her political career in Wyoming.

Cheney announced her reversal in a national interview with 60 Minutes’ Lesley Stahl. Cheney also apologized to her sister Mary, who is a lesbian, and credited her father, Dick Cheney, who has long supported same-sex “marriage.”

Cheney’s endorsement of same-sex “marriage” comes as her political fortune deteriorates in Wyoming over her continued spat with former President Donald Trump.

Cheney’s newfound support for same-sex “marriage” stands in contrast to her strong public opposition to it in 2013, when she first began testing the political waters in Wyoming over a possible run for the Senate.

Her opposition to same-sex “marriage” then received a huge amount of media coverage and caused a rift within her own family. Her sister was openly gay and “married” to a woman named Heather Poe. Her father, former Vice President Dick Cheney, had publicly endorsed same-sex “marriage” in 2004 — bucking President George W. Bush, who made it a central theme of his reelection campaign.

Cheney eventually withdrew from that Senate campaign in early 2014. But two years later, she ran for the House seat in Wyoming and won. She has been reelected in Republican-dominated Wyoming, and could have been reelected for as long as she wanted.

Cheney’s very public and prolonged fight with former President Trump proved a major distraction for House Republicans, who wanted to focus on challenging the Biden administration rather than litigating the 2020 election. In May 2021, House Republicans removed Cheney from her post as Republican Conference Chair, replacing her with Rep. Elisa Stefanik, R-NY.

Cheney, like others associated with the inner circle of the Bush dynasty and their staff, has not only been an outspoken critic of Trump, but also an opponent of new currents of political activism on the right, which engage in cultural battles such as fighting the promotion of gender ideology and critical race theory in schools. Cheney is also a strong proponent of military engagement overseas, and opposed Trump’s “America First” policy against what he called “endless wars.”

Cheney’s status as an opponent of Trump and his supporters has potentially limited her options in her upcoming battle for reelection. Unable to appeal to Trump voters in her district, Cheney seems instead to have opted for a more progressive-leaning approach.

In fact, Cheney did not merely reverse her previous opposition to gay “marriage” this week. In her interview with 60 Minutes, she went further, speaking in support of transgenderism as a matter of policy. “This is an issue that … we have to recognize that, you know, as human beings that we need to work against discrimination of all kinds in our country, in our state,” she volunteered:

We were at an event a few nights ago and there was a young woman who said she doesn’t feel safe sometimes because she’s transgender, and nobody should feel unsafe. Freedom means freedom for everybody.

CBS news reports that Cheney will have to fight very hard in order to win her fourth term. Former President Donald Trump has endorsed Cheney’s opponent, Harriet Hageman, for the position.