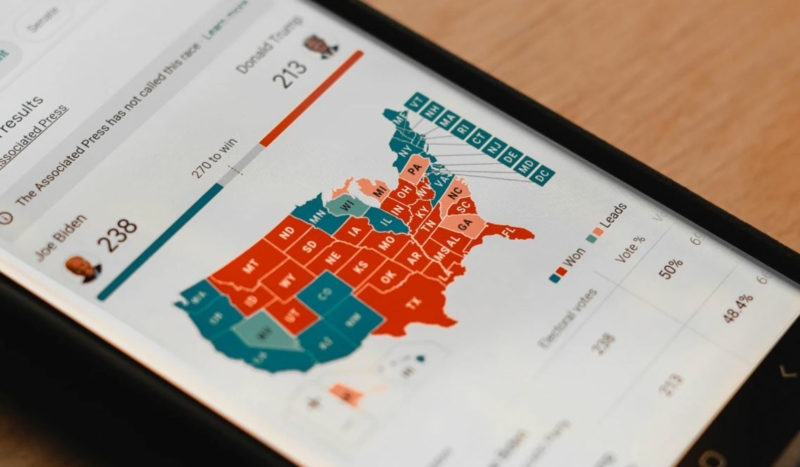 “We conducted a large, mostly cell phone survey with an oversample of Republicans in the 2022 battleground for the U.S. Senate, governorships, and House,” Democracy Corps reported, “and it is painfully clear Donald Trump, Lindsey Graham, and Kevin McCarthy know their party.”

So-called “Trump loyalists” and “Trump aligned” Republicans make up a “breathtaking” three-quarter majority of Republicans in battleground races, the firm found. They also reported that there are fewer “moderates” in these battleground areas than nationally.

“We were also surprised by how much Donald Trump’s loyalist party is totally consolidated at this early point in its 2022 voting and how engaged it is,” Democracy Corps stated. There is somewhat less GOP election interest than there was during the historic high of the last presidential cycle — falling from 84 percent to a still remarkably high 68 percent.

“But Democrats’ engagement fell from 85 percent to 57 percent,” Democracy Corps pointed out, which gives Republicans an 11-point lead.

“Neither is showing the level of interest of the presidential election in 2019 and 2020, but they are higher than a comparable point in 2018, suggesting the era of high turnout elections is not over,” Democracy Corps concluded.

“And with such high early engagement of Republicans and white working class voters in this survey, it means the era of Donald Trump shaping the electorate is not over either.”