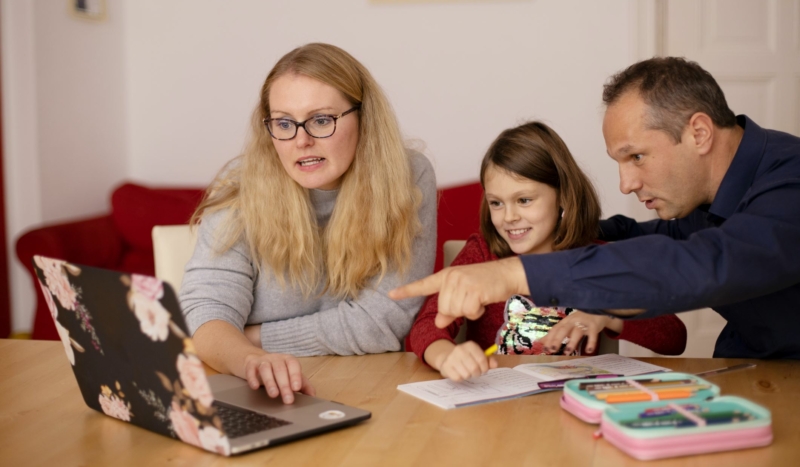 In the essay, the title of which referred to concerned parents as “household tyrants,” Jones argued that the popular push for parental rights, demands for accountability and transparency in public education, and calls for school choice are characteristic of a Republican move toward the “far right.”

“To the GOP, the parent exists to enforce the party’s will, as though the parent is simply the local arm of a national entity,” Jones wrote:

Parents who fail to obey may find their powers restricted by the state. Authoritarianism is inconsistent in this way; rights granted to followers are not extended to dissenters. For the latter there exists only punishment, a fate that extends to their children. The GOP is the party of parental rights because it is increasingly anti-democratic. It has become the party of ruthless, cynical power, and children aren’t exempt from its schemes.

“The actual design for humanity begins with the family (mom, dad, kids), and society ends with its destruction,” wrote Phil Steiger, a pastor. “This is the universal desire of tyrants and the hard-core Left: separate kids from families.”

Many commenters chided Jones by pointing out that her rhetoric will not play out well among voters ahead of the upcoming midterm elections.

“Almost every response I saw was either outright mockery or hoping you say it right up until the election,” tweeted Adam Lawson. “Pay close attention, suburban moms,” tweeted Pedro Domingos. “Yes. Run on this,” added Lee Jordan.

“I was homeschooled for eight years by a pair of God-fearing complementarians and I know whereof I speak!” tweeted Jones in response to initial criticisms.

“I mean if your childhood sucked, just say that,” Nicole Pinkston replied. “You could go to therapy instead of projecting your parents’ issues onto the rest of us. Btw, Black parents are homeschooling more and didn’t ask you.”

“New York Magazine says that parents are ‘household tyrants’ and don’t deserve the right to direct their children’s education,” wrote Christopher Rufo of the Manhattan Institute. “The Left has long believed that children should be ‘liberated’ from their families and shaped by the state. Now they’re saying it out loud.”