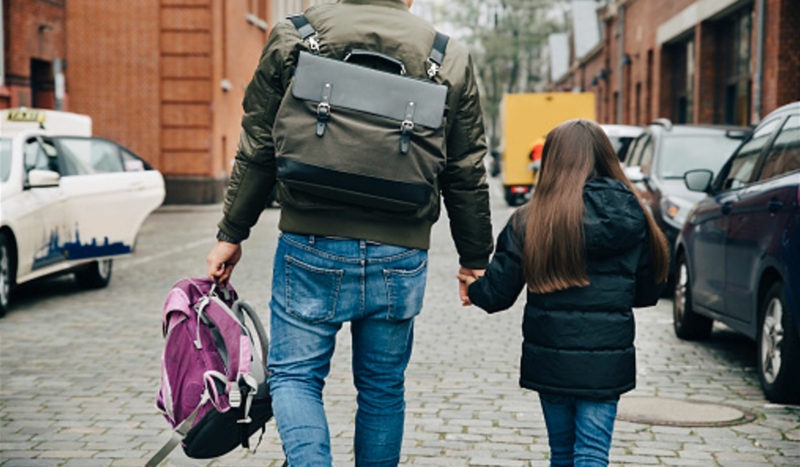 CV NEWS FEED // The liberal Washington Post published a column against parents titled “Parents claim they have the right to shape their kids’ school curriculum. They don’t.”

The column by Jack Schneider and Jennifer Berkshire was explicitly against parents who want a say in their children’s education, and just as explicitly pitted the Democratic Party against concerned parents in Virginia, where Democratic gubernatorial candidate Terry McAuliffe recently said: “I don’t think parents should be telling schools what they should teach.”

“[In] Virginia, Republican Glenn Youngkin has made parents’ rights a centerpiece of his campaign for governor,” the authors wrote, “staging ‘parents matter’ rallies and declaring, ‘I believe parents should be in charge of their kids’ education.’”

As critics have noted, terms such as “parents’ rights” were rendered in scare-quotes throughout the Washington Post column — suggesting that parents do not necessarily actually have the rights under discussion. The column went on to denounce as “radical” the assertion by concerned parents such as those in Virginia of “parental powers that have never previously existed.”

“This is not to say that parents should have no influence over how their children are taught,” the column stated, but “education should prepare young people to think for themselves, even if that runs counter to the wishes of parents.” The authors wrote that the idea that public schools should teach things against their parents’ wishes is backed by “common law and case law in the United States.”

It is important for schools to take charge when “the interests of parents and children diverge,” the authors suggested — which happens “when a parent’s desire to inculcate a particular worldview denies the child exposure to other ideas and values…”

“To turn over all decisions to parents” would “risk inhibiting the ability of young people to think independently,” they warned.

Citing a number of Supreme Court rulings pertaining to ensuring the education of home-schooled children, the authors wrote that the “sudden push for parental rights” is not justified by changes in education or law, but is in fact only a “political tactic.”

The authors also warned against a “paranoid style” of politics, characterized by “suspiciousness, and conspiratorial fantasy,” which Republicans and parents are currently using to target the public education system. The column additionally suggested that parents are motivated by “White racial grievance” and are really attacking minorities — which explains the recent rise in parental opposition to critical race theory in schools.

“In framing our public schools as extremist organizations that undermine the prerogatives of families, conservatives are bringing napalm to the fight,” the columnists concluded. “That may rally the base and tilt a few elections in their favor. But as with any scorched-earth campaign, the costs of this conflict will be borne long after the fighting stops.”

Parents may end up with a new set of “rights” only to discover that they have lost something even more fundamental in the process. Turned against their schools and their democracy, they may wake from their conspiratorial fantasies to find a pile of rubble and a heap of ashes.

The piece was shared widely on social media by advocates of parents’ rights and critics of the public education system. Jennifer Berkshire, one of the column’s coauthors, tweeted the article along with a criticism of what she called the “dangerous … crusade for parental rights.”

“Parental rights oh no the horror!” quipped school choice advocate Corey DeAngelis, who also pointed to a local Virginia statute, Virginia Code, § 1-240.1, which runs counter to the column’s argument: “A parent has a fundamental right to make decisions concerning the upbringing, education, and care of the parent’s child.”

“As a parent, I can unequivocally say I expect full parental rights in my children’s education,” tweeted Alec Mazo. “I want to know what the kids are learning and how much attention they are receiving in school.” He added that he did not want his children learning CRT. “Skills to succeed, not skills to divide.”

“Terry McAuliffe would NEVER agree to these terms for HIS childrens’ education,” pointed out commentator Larry O’Connor. The Democratic gubernatorial candidate did, indeed, send his own children to a private school. “I assure you Terry McAuliffe and his wife exercise their parental rights at the expensive private school they placed their children in,” O’Connor wrote. “The GOP merely insists on extending those rights to parents whose children are in the government-run schools.”

This isn’t even a negotiable position. When it comes to their kids, parents have ALL the rights. All of them. This is not negotiable and these people are going to learn this the hard way.