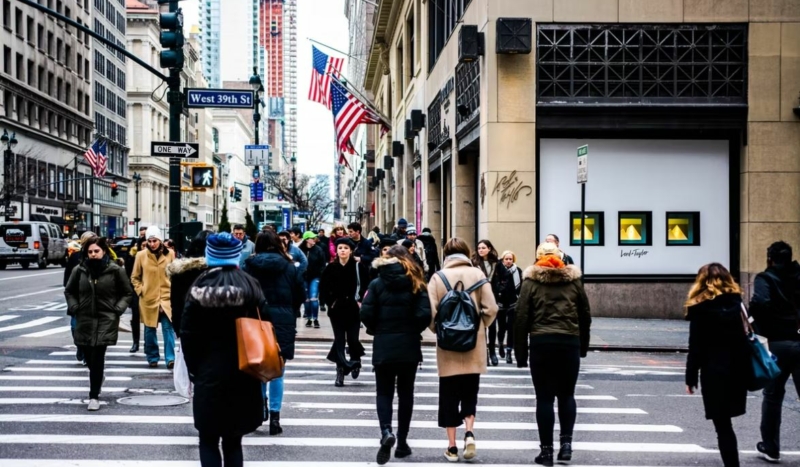 CV NEWS FEED // Democrats are placing their 2022 election hopes in a few key issues swaying the public in their favor. According to liberal analyst Ruy Teixeira, however, the Democratic Party’s drift to the political Left has blinded them to a major threat: relatively conservative Hispanic and working-class Democrats are finding reasons to jump ship.

“It is difficult to avoid the conclusion that Democrats’ emphasis on social and democracy issues” such as LGBTQ messaging in sports and school curricula, radical abortion advocacy, and punishing January 6 rioters, “while catnip to some socially liberal, educated voters, leaves many working class and Hispanic voters cold,” Teixeira wrote:

Their concerns are more mundane and economically-driven. This is despite the fact that many of these voters are in favor of moderate abortion rights and gun control and disapprove of the January 6th events. But these issues are just not salient for them in the way they are for the Democrats’ educated and most fervent supporters.

Teixeira cited recent numbers from Echelon Insights, which “provide an interesting window on this contrast.”

“Their analysis breaks down the electorate into four quadrants (conservative, populist, libertarian and liberal) and further breaks out a ‘strong progressive’ subset of the liberals who are highly liberal on most issues and also happen to be very highly-educated (and more likely to be white),” Teixeira explained.

He went on to provide six examples of the stark (and growing) contrast between the views of “strong progressive” voters and “Hispanic and working class voters.”

Those examples, which gauged voter reactions to a series of statements, were as follows:

2. Racism is built into our society, including into its policies and institutions vs. Racism comes from individuals who hold racist views, not from our society and institutions. Strong progressives are very, very sure of America’s systemic racism, endorsing the first statement by an amazing 94-6 margin. But Hispanics disagree, endorsing the second statement that racism comes from individuals by 58-36, as do working class voters by 57-33.

6. Hard work and determination are no guarantee of success for most people vs. Most people who want to get ahead can make it if they’re willing to work hard. Strong progressives don’t evidence much faith in upper mobility, endorsing the first statement on the questionable efficacy of hard work by 88-12. Hispanic voters, on the other hand, embrace the view that hard-working people are likely to get ahead by 55-39, as do working class voters by 55-40.

“Strong progressives clearly live in a different world than Hispanic and working class voters. In strong progressive world, views on abortion, gun control and January 6th fit neatly into an overarching set of sociocultural beliefs that are highly salient to them and increasingly drive the Democratic party’s priorities and rhetoric,” Teixeira concluded:

Hispanic and working class voters lack this overarching set of beliefs—in fact, don’t share many of them—and are much more concerned with the basics of their material lives. It should thus be no surprise that these voters are increasingly losing interest in the party of abortion, gun control and January 6th.