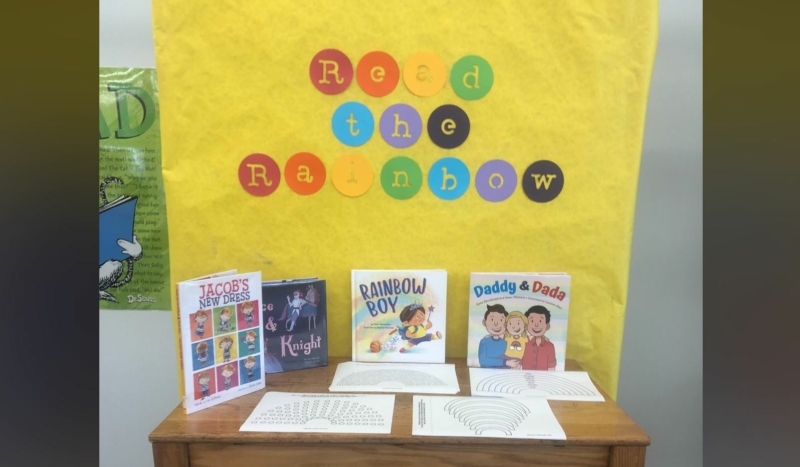 “Book Riot,” a prominent Leftwing publication, published a report on Hide the Pride Monday, denouncing it as an effort by “bigots” to deny “trans” children “essential resources that can save lives.”

In addition, many pro-LGBTQ social media users have openly expressed anti-Catholic sentiment in response to Hide the Pride.

“This is why burning Bibles doesn’t bother me,” tweeted one. “Jeez, those Catholics really love hiding stuff, huh?” tweeted another.

One commenter suggested libraries add to their sexual “Pride” displays “an adjoining display featuring the large collection of books about sexual abuse of children in the Catholic Church.”

“‘Hide the pride’ is evil and fundamentally vindictive to anyone who doesn’t fit some made up cookie cutter understanding of ‘normal’,” added Immo Landwerth, a Microsoft programmer who lists his pronouns as “He/Him.”

Landwerth also shared “a note from my daughter’s teacher,” which read in part:

Hi! Just had to share- we started our Pride Month unit today and Finja is clearly an ally and already so knowledgeable about the LGBTQ+ community. …She even corrected me when I said something like “boys who love boys and girls who love girls,” she said “or those who love both!” which was awesome.

Hide the Pride, which CatholicVote launched early this month, is a parent-led movement to protect children from age-inappropriate materials on display in taxpayer-funded public libraries.

A growing number of American moms and dads have sent a powerful message in recent polls: they do not want their children exposed to sexual and “trans” content as part of their education.

CatholicVote’s Hide the Pride parental resource page includes step-by-step instructions and tips for parents who want to send that message to their local library board.

After collecting signatures on a letter to the library board … members of the public will go to the library, find the “Pride Month” display full of LGBTQ books targeted at kids, and simply check out all those books at the front desk.

Readers who would like to participate in Hide the Pride can find CatholicVote’s instructions and free Hide the Pride resources, including the abovementioned letter template, by clicking here.