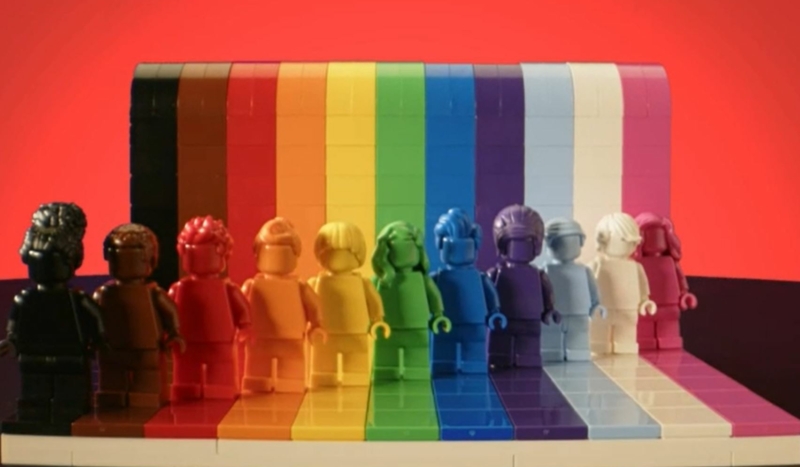 CV NEWS FEED // The company that produces Legos announced this week that it is launching a rainbow toy set, the latest example in a growing corporate trend of marketing LGBT sexual content to children.

“The buildable display model is inspired by the iconic rainbow flag which is used as a symbol of love and acceptance by the LGBTQIA+ community, and features 11 monochrome minifigures each with its own individual hairstyle and rainbow colour,” The Lego Group announced.

“We have committed to support a number of organizations on an ongoing basis,” Lego tweeted this week, “including UK charity Diversity Role Models which helps children learn about empathy to ensure our future builders are accepting of everyone!”

While some conservatives warned that the new playset was an inappropriate effort to introduce children to the sexually charged LGBT movement, a number of LGBT apologists ridiculed that concern, pointing out that the playset is marked “18+”.

In fact, however, all Lego sets meant for “display” are marked 18+, and marketed as collectors’ items. In addition, the designer of this particular set, which is called “Everyone is Awesome!,” has openly expressed a desire to send a pro-LGBT message to children.

“In all but one case no specific gender has been assigned to the figures” in the set, “who are intended to ‘express individuality, while remaining ambiguous’,” The Guardian reported. “The exception, a purple minifigure with a highly stylised beehive wig, ‘is a clear nod to all the fabulous drag queens out there’, said the designer, Matthew Ashton….

“Growing up as an LGBTQ+ kid … the message I always got was that somehow I was ‘wrong’,” Ashton told The Guardian, explaining his inspiration for the toy set. “I wish, as a kid, I had looked at the world and thought: ‘This is going to be OK, there’s a place for me’. I wish I’d seen an inclusive statement that said ‘everyone is awesome’.”

In June 2020, during the BLM riots that followed the death of George Floyd, Lego pulled a number of its playsets from production, including sets that featured police officers and the White House.

“There is much to do,” the company tweeted at the time. “We will donate $4 million to organizations dedicated to supporting black children and educating all children about racial equality.”