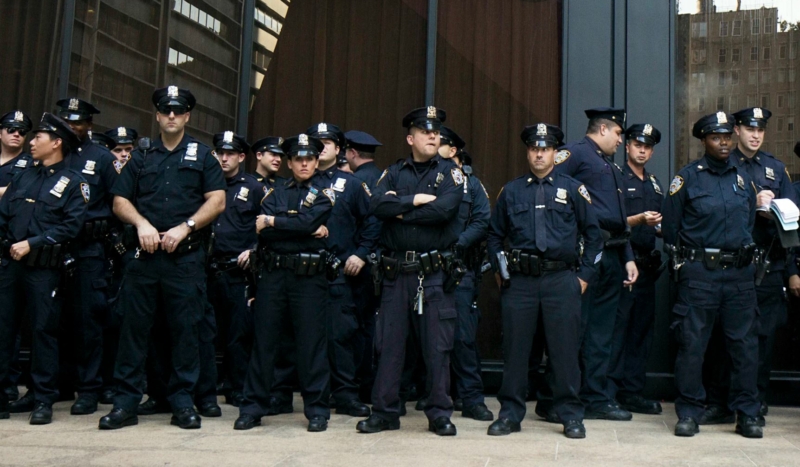 CV NEWS FEED // A report from the progressive publication Vox denounced the rhetoric of “defund the police,” a slogan popularized by left-wing political leaders including New York’s Rep. Alexandria Ocasio-Cortez.

“Last year, the US’s murder rate spiked by almost 30 percent. So far in 2021, murders are up nearly 10 percent in major cities,” wrote Vox’s German Lopez. “The 2020 increase alone is the largest percentage increase ever recorded in America — and a reversal from overall declines in murder rates since the 1990s.”

How to answer the surge? “One approach has good evidence behind it: the police,” Lopez wrote. “There is solid evidence that more police officers and certain policing strategies reduce crime and violence.”

Lopez found that a majority of criminal justice experts, including liberals, believe that increasing police budgets results in better public safety. “That runs contrary to the push to ‘defund the police’ in progressive circles, which tend to focus on cutting policing to boost alternatives.”

Progressives like Ocasio-Cortez who have championed the “defund the police” movement often argue that reducing police budgets will free up funds for social services such as counseling and welfare benefits to improve quality of life in communities where crime tends to crop up.

“One problem for a purely social services approach, which can range from job creation to better schools to mental health treatment, is it generally takes longer to work,” Lopez countered. “Problems like poverty, education, and other underlying issues that contribute to crime can take years, or even decades, to truly address.”

By contrast: “The impact of police, meanwhile, tends to happen quickly — almost immediately deterring and intercepting would-be criminals with the presence of officers,” Lopez observed. “For policymakers looking for quick action, that’s an important distinction, suggesting that police have to play a role even if other social services are deployed for longer-term solutions.”

“I know people don’t want to hear this, and I empathize with that, but as far as the research evidence goes, for short-term responses to increases in homicides, the evidence is strongest for the police-based solutions,” Anna Harvey, a public safety expert at New York University, told Vox.

Lopez pointed out another problem with alternative (non-police) solutions to crime: They are not yet proven. There has been very little research into the effects of social services on crime rates, whereas the body of research on police solutions to crime is vast — with law enforcement professionals being the current experts in the area of crime.

“This does not mean that the alternatives to policing don’t work,” Lopez explained. “Some might prove to be even better than the police alone in certain circumstances, but they just haven’t been studied enough to show that yet.”

Lopez went on to point out that, while many criminal justice experts are essentially pro-police, they are also open to corrections and accountability for law enforcement. “Every criminal justice expert I’ve spoken to has also said that more work needs to be done to hold police accountable,” he wrote, and a survey of experts “found that most agreed more accountability would also improve public safety.”

Lopez’s article has generated much discussion on both sides of the issue of crime. He published it under the headline “Murders are spiking. Police should be part of the solution,” with the subheader “There’s solid evidence for the crime-fighting abilities of police. But it requires a close look.”

“I did the reading,” he tweeted along with a link to his piece, “and the results are not good for ‘defund the police.’”