Law Student ‘Scared’ of Pro-Lifers: ‘Men Like Me Benefit from Abortion’ 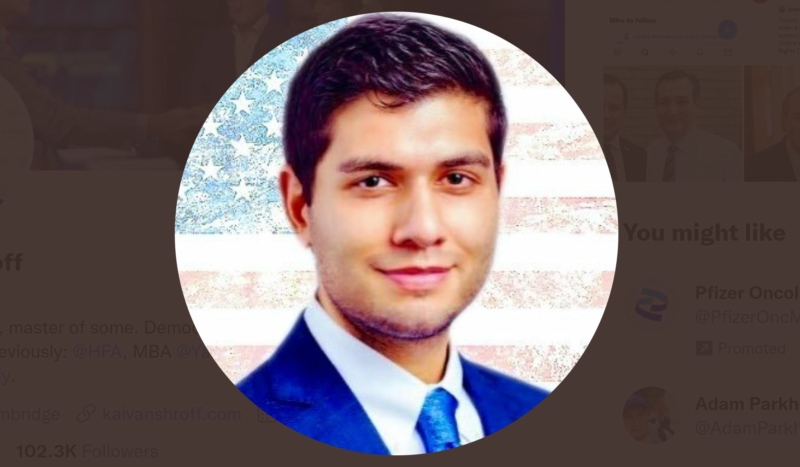 CV NEWS FEED // Kaivan Shroff, a successful Ivy Leaguer and law student, penned an op-ed for WPUR.org, the Boston affiliate of taxpayer-funded NPR, arguing in favor of abortion because men like him “benefit” from it.

“This May, I’ll graduate from law school and start my career as a public interest lawyer — a dream come true,” the 28-year-old Shroff wrote. “It would be a terrible time to have a baby.”

“Don’t get me wrong,” he added, writing that he wants kids eventually and “can’t imagine not getting to experience fatherhood. I think I’d be good at it.”

While Shroff briefly acknowledged that he believes abortion “empowers” women, he quickly cut to the chase:

But men like me have also long been the direct beneficiaries of safe abortion access. Giving women the choice not to carry unwanted pregnancies often means we, too, can delay parenthood until we are ready.

Shroff wrote that for the past decade “most of the women I’ve had sex with” were “also progressive,” like himself. If anyone he sleeps with were to become pregnant, he wrote, “though entirely her decision, I assume we would both want the same thing: an abortion. In longer-term relationships, we’ve had explicit discussions about this.”

“Admittedly, I’ve often relied on my female sexual partners to protect me from unwanted pregnancy,” he wrote. He recalled “panicking” after sleeping with a girl he “met on Tinder” while he was studying for one of his advanced degrees. “Then I got her text. She had decided to take plan B as an extra precaution. I was relieved.”

Until the Supreme Court’s recent indications that it may reverse Roe v. Wade and return the issue of abortion to state lawmakers, “I’ve viewed accessible abortion as something my partners and I could reasonably rely on as a last resort,” Shroff wrote:

That security has informed my approach to sexual exploration and relationships. From this vantage point, access to abortion is not just a women’s issue, but a public health issue that directly affects anyone who engages in sexual relationships that might lead to pregnancy.

“I admit I’m scared of what eliminating access to abortion would mean for my own life,” he wrote. “Too often, male engagement with the pro-choice movement has been articulated solely through the lens of female empowerment.”

If pro-abortion men view women “as the only beneficiaries of safe abortion access,” such men will “conveniently side-step defending a policy they have long taken for granted,” Shroff concluded. “At the least, men should be honest about the ways we also benefit.”

According to his author bio, Kaivan Shroff is a senior advisor to a liberal non-profit in Washington, D.C., and served on the Hillary for America Digital Team. He also “holds an MBA from the Yale School of Management and a BA in Political Science from Brown University.”

Pro-life Catholic journalist Mary Margaret Olohan shared Shroff’s op-ed on social media and suggested that he was only saying openly what many pro-choice activists think but rarely admit. He had said “the quiet part out loud,” she wrote.

Olohan added that his arguments were also “surprisingly aligned” with a recent satirical video from the pro-life group LiveAction, which pointed out that the abortion industry disproportionately benefits privileged men, while hurting women.

Readers can watch that video below.