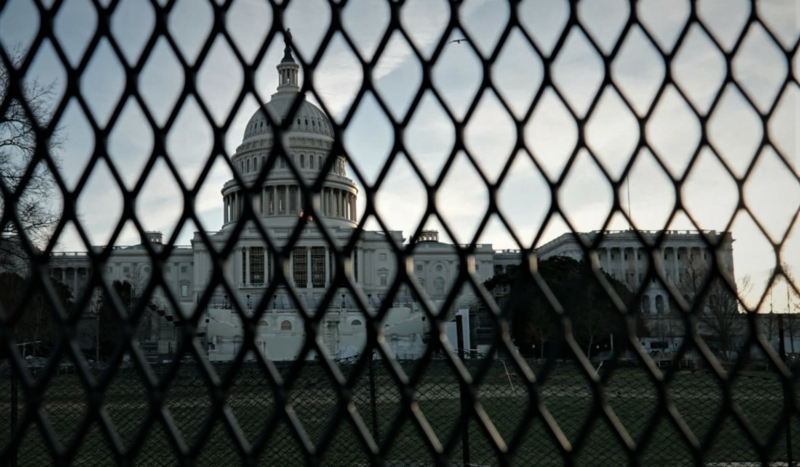 CV NEWS FEED // The Democrat-controlled House passed a bill Wednesday to create a commission to investigate the events of January 6, when Trump supporters entered the U.S. Capitol while protesting the contested 2020 election results.

The bill passed in a 252-to-175 vote, with every Democrat voting in favor, joined by 35 Republicans.

A number of GOP leaders denounced the bill and urged their fellow Republicans in the House to vote against it, warning that Democrats would use the so-called January 6 Commission as a tool for scoring political points with the public ahead of the 2022 midterm elections.

The proposal now heads to the Senate, where Republicans are considering a filibuster.

Senate Minority Leader Mitch McConnell, R-KY, said he will not support the commission, which he called “slanted and unbalanced.” The events of January 6 are already being thoroughly investigated by proper authorities such as the Capitol Police and the Department of Justice, McConnell argued.

Sen. Susan Collins, R-ME, has already expressed some hesitation about the commission as well, citing the potential for political partisanship in its work. “It’s my understanding that the House bill would have the [Democratic] chairman choose all of the staff members, and that’s not right,” Collins said, according to the Washington Examiner.

“What about all of the riots that have led up throughout the summer — the unrest from BLM, Antifa, and others?” asked House Minority Leader Kevin McCarthy, R-CA, ahead of Wednesday’s vote. “No, you can’t investigate that. This is driven solely by politics and Nancy Pelosi, but we should not be a part of that.”

McCarthy’s argument is representative of what many critics have been saying since January.

When Democrats joined with a minority of Republicans in an attempt to impeach President Donald Trump for “inciting violence” after January 6, for example, Sen. Rand Paul, R-KY, asked whether it would be appropriate to charge Bernie Sanders over the actions of a supporter of his who attempted to massacre Republican lawmakers in 2017, shooting and nearly killing House Minority Whip Steve Scalise, R-LA.

Others pointed out that then-vice-presidential candidate Kamala Harris helped to raise funds to pay the bails of BLM members arrested for rioting, and said of violent Leftist riots: “Everyone beware. …They’re not gonna let up. And they should not.”

In addition, while Democrats have regularly cited January 6 as a mark against Republicans, a number of their talking points have fallen flat as new evidence has come to light.

For example, many have described the event as a violent insurrection that “resulted in five deaths.” In actuality, according to FBI and police reports, the only death directly resulting from the events of January 6 was that of Ashli Babbitt, an unarmed Trump supporter who was fatally shot by a Capitol Police officer.

Two other attendees died of natural causes, and one by an accidental overdose, the FBI reported last month. The D.C. Medical Examiner also announced last month that Capitol Officer Brian Sicknick, whom some continue to cite as a victim of violent Trump-supporters, died of “natural causes.”

The Biden administration has faced criticism for the severity of its response to the January 6 Capitol riot. The Biden Justice Department claims it will charge over 500 people in connection with the event, many of whom were arrested in early January and have remained incarcerated since.