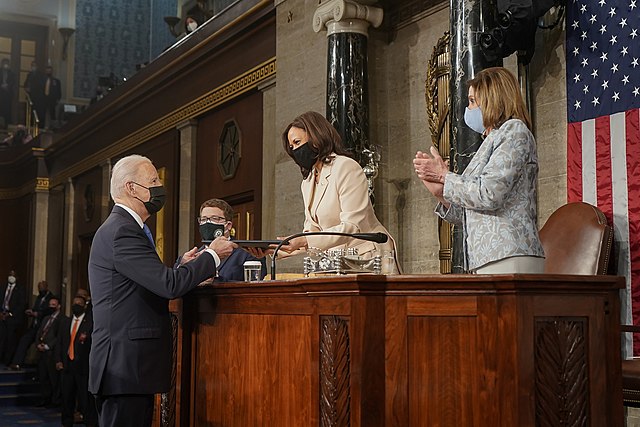 The bill is designed to ingrain the most expansive interpretation of Roe v. Wade into federal law and therefore preemptively eradicate all state-level pro-life legislation. The proposed law is expected to be blocked in the Senate, where Republicans will filibuster it.

Only one Democrat, Henry Cuellar of Texas, voted against the bill Friday. Cuellar is a Catholic who represents Texas’ 28th District, which has a population that is 79% Hispanic and majority-Catholic. Polling finds that a majority of Hispanic Catholics oppose abortion in all or most cases, Newsweek reports.

The Democratic Party has moved sharply toward a position of absolutism in recent years with regard to the abortion issue. Even moderately pro-life Democrats increasingly complain that they no longer feel they have a place in the Party.

Minnesota’s Rep. Collin Peterson and Rep. Dan Lipinski of Illinois, both pro-life Democrats with long and successful political careers, were ousted in recent elections, while their party’s leadership adopted more and more extreme rhetoric against their pro-life position.

Pro-life advocates, including the U.S. bishops, have denounced the bill, and many have noted that it far exceeds legislative pro-abortion efforts of the past.

“It would codify the ‘right’ to kill preborn children through all 9 months in all 50 states,” wrote Lila Rose of the pro-life organization Live Action.

America’s Catholic bishops called the legislation “the most radical abortion bill of all time,” and asked all Catholics to work against it.

As of Friday evening, CatholicVote had rallied nearly 10,000 Catholics to contact their representatives and ask them to stop the bill.

“Here’s what it will really do,” CatholicVote said in a statement:

In addition, pro-life doctors and nurses “would see their ability to opt out of abortion procedures eliminated,” CatholicVote warned. “Catholic doctors would be strong-armed into performing and participating in abortions — regardless of whether they have moral objections.”

If the bill ever became law, CatholicVote added, “Catholic hospitals, which in some states provide nearly 40 percent of all hospital beds, would be forced to sell or close.”