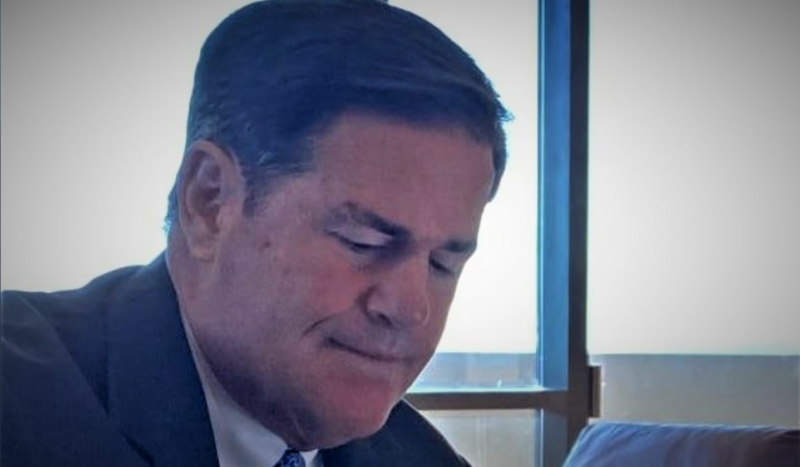 Along with the veto of SB1456, Ducey issued a much-narrower executive order requiring schools to post sexual education materials online. He critiqued the Republican-backed bill as too broad and vague, but commented on it minimally, focusing instead on his executive order Tuesday.

“Today I issued an Executive Order requiring all sex education materials to be posted online for parents to review,” Ducey tweeted.

The significance of opting for the executive order rather than signing the bill, however, was not lost on Arizona liberals.

AZ Superintendent of Public Instruction Kathy Hoffman stated that Ducey “made the right decision by vetoing SB1456,” and thanked him “for standing up to bigotry and intolerance. All students are welcome in Arizona’s public schools and today’s veto reaffirms that,” she said.

César Chávez, chair of the Arizona LGBTQ Legislative Caucus, similarly praised Ducey: “Appreciative of [Governor Ducey’s] veto, and for listening compassionately to the woes that affect the #LGBT+ community,” he tweeted.

The bill passed the Republican-controlled state legislature but was roundly opposed by Arizona Democrats.

“We are very disappointed in AZ Gov. @dougducey over his veto of SB 1456, an important parental rights bill,” the group tweeted. “Instead of siding with parents, Ducey allied himself with woke ideologues hellbent on teaching kindergartners they can ‘change’ their sex.’