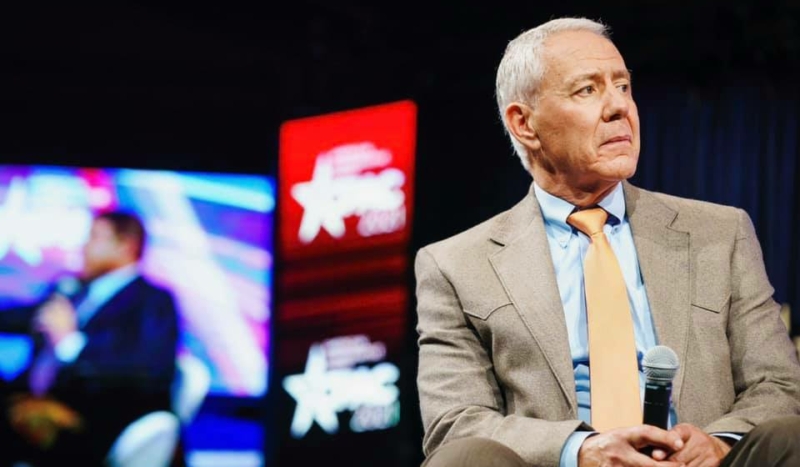 CV NEWS FEED // Rep. Ken Buck, R-CO, has announced the formation of a new congressional caucus, which will focus on the growing threat of Big Tech’s power over American politics and culture.

Buck, who serves on the House Judiciary Committee’s Subcommittee on Antitrust, Commercial, and Administrative Law, issued a press release Friday detailing the membership and purposes of the new Freedom from Big Tech Caucus.

“Big Tech companies rig the free market, crush competitors, stifle innovation, cozy up to China, and censor Americans,” the press release stated. “Big Tech companies operate under an ‘America last’ mindset that has negatively affected consumers and small businesses across the country while benefiting China and entrenching their gatekeeper power.”

It will be headed by Buck and Rep. Lance Gooden, R-TX, as co-chairs. Founding members include Rep. Madison Cawthorn, R-NC, who will serve as vice-chair, and Reps. Burgess Owens, R-UT, and Paul Gosar, R-AZ.

The Freedom from Big Tech Caucus “will unite Republicans in Congress to rein in Big Tech,” the statement said. Through “legislation, education, and awareness,” the caucus promises to address a number of areas in which the unchecked power of Big Tech is currently doing harm.

For example, the caucus will support small business competition with Big Tech, fight to protect user privacy, and defend against political censorship.

“Big Tech has abused its market power for decades,” said Buck, “and Congress must act to hold these companies accountable and preserve the free market, promote competition and innovation, protect the freedom of speech, and foster a thriving digital economy.”

“Fascism?” What They Are Up Against

While the new caucus works to rein in Big Tech’s power, the Biden administration is moving in the opposite direction.

On Friday, the same day the Freedom from Big Tech Caucus launched, White House Spokeswoman Jen Psaki indicated that the administration is working directly with Big Tech leaders to control what Americans can say on their social media platforms.

Psaki also spoke of directing social media companies regarding how to implement bans and other controls on social media posts, leading critics to warn that the White House is using Big Tech as an arm of the government to censor free speech.

“You shouldn’t be banned from one platform and not others … for providing misinformation,” Psaki said. She went on to mention that members of the Biden administration have targeted specific people for spreading “inaccurate” information online.

A journalist pressed Psaki as to how the administration’s actions did not represent an overreach. Psaki justified the interventions by arguing that social media sites like Facebook are “public platforms.”

“The White House is colluding with Facebook to censor Americans,” wrote Rep. Ken Buck. “This is an attack on the First Amendment.”

Jon Schweppe of the American Principles Project said Psaki’s comments meant that “they’re just out and out fascists now.”

Sen. Josh Hawley, R-MO, a fierce critic of Big Tech monopolies who has argued that social media giants ought to be regulated, called Psaki’s comments a “moment of candor … in which she refers to the monopoly social media companies as ‘public platforms,’ as in arms of the government.”

I think it’s really scary to have the Federal Government of the United States, the White House, compiling lists of people, organizations, whatever, and then going to a private company that is by the way a monopoly, Facebook, and saying “You need to censor, you need to do something about this, you need to tell these … private users on a private company what they can and cannot say…” I just think that this kind of coordination between big government and a big monopoly corporation, boy that is scary stuff, and it really is censorship.

Readers can watch Hawley’s remarks on government-big-tech collusion in the clip below.