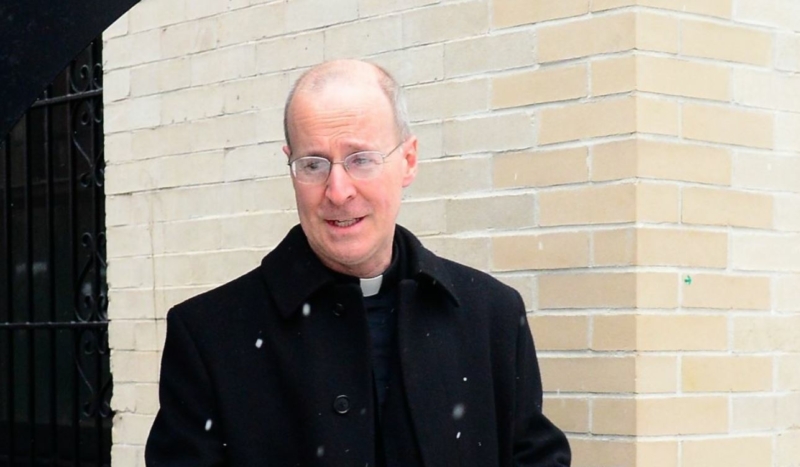 “Father Martin, not surprisingly, is using reckless slurs to attack a legitimate and legal process seeking information about the partnership with the federal government and Catholic agencies at the border,” said CatholicVote President Brian Burch.

Along with the comment, Martin shared a column from America Magazine, of which he is editor-at-large. The column quotes Sister Donna Markham, President of Catholic Charities USA, accusing CatholicVote of “attacking the Catholic Church and its ministry.”

Martin’s remarks this week come after Burch announced on Feb. 9 that CatholicVote Civic Action was suing the Biden administration. CatholicVote submitted a Freedom of Information request in September 2021 requesting that the government release its communications with Catholic-affiliated organizations working on the Texas border.

Under the Freedom of Information Act, federal agencies are required to disclose their communications in a timely manner when members of the public request them. After six months of the Biden administration refusing to respond, CatholicVote partnered with the advocacy group Judicial Watch and filed federal lawsuits against the Department of Homeland Security and the Department of Health and Human Services.

Several ultra liberal Catholics and publications immediately and hastily responded to the lawsuit with ire. One journalist at the National Catholic Reporter falsely reported on “Catholic Vote’s lawsuit against Catholic Charities.” Prominent clerics, including Fr. Martin and an American bishop, shared the report. CatholicVote has asked the reporter to correct the record, as there is no such “lawsuit against Catholic Charities,” only a legal challenge against the federal government regarding its failure to respond to CatholicVote’s 2021 FOIA request.

While critics accused CatholicVote of “attacking” Catholic organizations engaged in humanitarian work for vulnerable migrants, Brian Burch explained in an interview with the Catholic News Agency that he was in fact quite concerned for migrants. “There is indeed a humanitarian emergency on the border,” he stated:

And while many people are doing good work to address this crisis, the problem persists, and has worsened precipitously over the past two years. It’s time we ask some hard questions about whether our public policies, leaders in government, and even the Catholic response to this crisis are helping, and how things can be improved or changed.
…The terrible situation at the border deserves more sunlight and attention, not less. We’ve seen murders, countless children going missing, and women and young girls routinely assaulted and sexually trafficked. According to some sources, 30% of women are being raped during migrations. The worst actors — cartels and people smugglers — have made a lucrative business for themselves based on the status quo. …Let’s get the facts. Let’s have an informed debate. Let’s stop shaming Catholics who are asking hard questions. The status quo is unacceptable. Something needs to change.

After Martin’s comments this week, Burch was unyielding. Apart from Martin’s accusation that it is “insane” and “immoral” for CatholicVote to engage in its suit against the Biden administration, Burch also took issue with the prelate’s characterization of CatholicVote’s effort as an “attack” on Catholic Charities. “We have not attacked a single person, or single agency or charity,” Burch said. “We have merely asked for copies of communications which every American is entitled to under law.”

“It strikes many Catholics as worrisome to see the kinds of vicious attacks leveled at anyone seeking more clarity on the activities at the border,” Burch concluded:

The sudden rush to attack and silence our honest inquiry confirms that there are many among the powerful who are somehow afraid of those seeking after the truth. These influential voices, darlings of secular and anti-Catholic orgs everywhere, use their platforms to bully and intimidate those in the Church they disagree with. Maybe it works on some. It won’t work with us. Catholics deserve the truth. We’re not backing down.