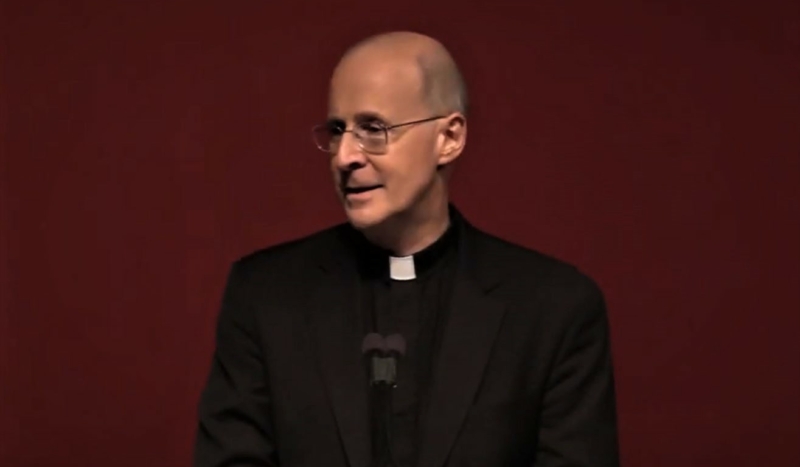 The Associated Press reported: “In Berlin, the Rev. Jan Korditschke, a Jesuit who works for the diocese preparing adults for baptism and helps out at the St. Canisius congregation, will lead blessings for same-sex couples at a worship service May 16,” the story reported.

Martin went on to tweet a quotation from Korditschke:

Threats of Schism? Continuation of a Theme

Martin’s tweets this week are a continuation of his initial reaction to a statement from the Vatican in March which reaffirmed the Church’s teachings on sexuality and forbade priests to bless same-sex relationships as if they were marriages.

As CatholicVote reported in March:

Days ago, the celebrity priest made headlines by suggesting that the Vatican’s statement will lead to a mass-exodus of Catholics from the Church, and even suggested that for the Church to stand by its position on same sex unions would be as gravely harmful as the sex abuse scandals of 2002 and 2018.