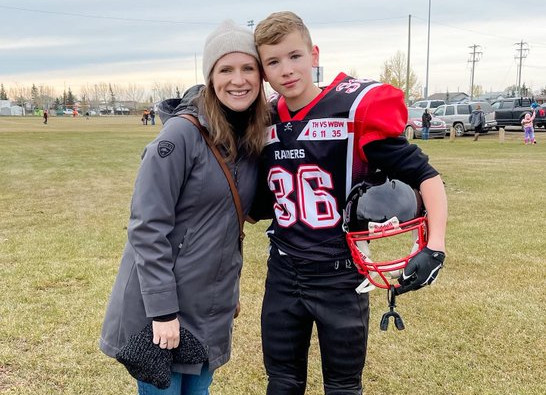 CV NEWS FEED – In the days leading up to Christmas 2021, ABC News’ FiveThirtyEight, which reports on politics, science, and sports, tweeted out a call for abortion stories.

“Do you have an abortion story?”

As more states pass restrictions on abortions and the Supreme Court considers a possible overturn of Roe v Wade, FiveThirtyEight reporter Amelia Thomason-DeVoe wanted to “document the impact of these shifts… to include the voices of people who have had abortions in the U.S.”

The results were probably not what she expected.

Within hours, the original Tweet thread received thousands of replies. It became an inspiring Christmas testimony to the beauty of life, the courage of parents who choose life, and the joy of children.

Hundreds of mothers and fathers replied to @FiveThirtyEight with stories of their brush with the abortion industry following a special needs diagnosis of their unborn child. Attaching a beautiful portrait of a smiling teenage girl, Sarah tweeted: “At the ultrasound for my 2nd pregnancy we were told our baby had Down Syndrome and her heart was incompatible with life. They encouraged us to end the pregnancy. She’s completely healthy.”

Women who chose to keep their baby in spite of family and cultural pressures to abort also shared photos and stories of their now-thriving children. Women like Lauren Bower raised voices of encouragement: “I got pregnant at 19 during the first semester of my sophomore year in college. I kept that baby and I now have a 6’3” 17 year old preparing to apply for West Point. He will change the world. Never kill your children.”

Roxanne wrote, “I was pregnant at 16 & was supposed to spend the summer in France as an exchange student. The baby’s dad’s family knew Dr.s who could ‘take care of it’. My dad said ‘we will help you if you want to have this baby’. That ‘baby’ turns 41 in Thursday. [sic]”

Steven P. Hammond replied with his own abortion story, “Yes. I wasn’t. Orphan who was then adopted. So yeah, I have skin in the game so to speak.”

Adoptive parents joined the thread to express their deep gratitude to birth parents, acknowledging that they made brave decisions in a society that pressure them to abort. Along with a picture of his two beautiful daughters, Michael Robison tweeted, “I’m raising two amazing children, both rape babies…. Who’s families wanted abortion to avoid shame…. Instead, they are here bringing hope… how many stories of Hope get sucked out by vacuums & or ended by a pill?!?! [sic]”

Several post-abortive mothers also tweeted their own tragic abortion stories. Sasha Redding wrote that she “Had multiple abortions. Convinced myself they were just “cells”. Got older, got married, had a child. When I saw my child being born, I realized what awful, horrific choices I had made. Forgive us God, for we know not what we do.” @defiance_lady responded to her, “I feel that to my soul. I weep for my baby that was never born on earth.”

Bethany Joy Barendregt tweeted: “I burst into tears at a routine appt when the dr casually said I was pregnant. I was just shocked but she assumed I was upset: “Don’t worry, it’s not like you have to HAVE a baby. We can deal with it.” I was horrified by the suggestion. This is my baby she wanted to “deal with.”

An outpouring of expressions of love and prayer for these two hurting women followed, testifying to the pro-life movement’s care for post-abortive mothers and fathers.

FiveThirtyEight’s Christmas call for personal stories of abortions turned into one of the season’s most heartwarming and prolife Twitter events.