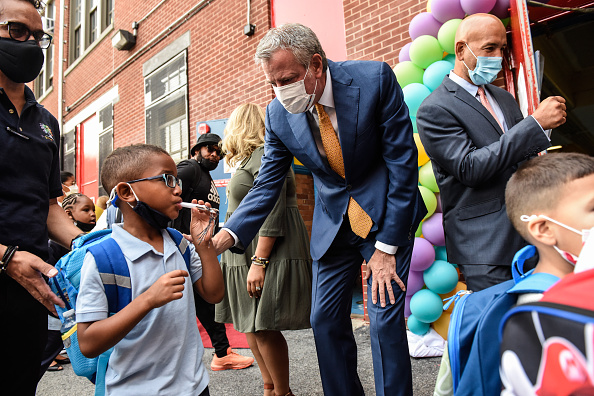 CV NEWS FEED // The U.S. Court of Appeals for the 2nd Circuit granted a temporary injunction on a vaccine mandate for teachers in New York City schools.

The vaccine mandate would have required teachers and other education workers to show proof of vaccine beginning Monday, Sept. 27. After the court’s last-minute intervention, the mandate’s enforcement is delayed pending a review by a three-judge panel set to begin Wednesday.

“We’re confident our vaccine mandate will continue to be upheld once all the facts have been presented, because that is the level of protection our students and staff deserve,” Department of Education spokesperson Danielle Filson told the Associated Press.

Teachers unions have been pressing for a delay in the mandate, arguing that the requirement would leave the school system (the largest in the nation) short-staffed if imposed too early.

Council of School Supervisors and Administrators President Mark Cannizzaro called the mandate’s Sept. 27 deadline “dangerous and irresponsible,” and warned it would “allow schools and centers to operate so severely understaffed,” the New York Post reported:

The United Federation of Teachers echoed that alarm soon after.
“The principals’ union is right — our schools are not ready for the implementation of the vaccine mandate,” said union chief Michael Mulgrew.  “I hope for once City Hall is listening to its own school leaders and finally starts to put together a reasonable plan to face the challenge of keeping our children safe.”

“It’s the first no-test-option vaccination mandate for a broad group of city workers in the nation’s most populous city,” AP reported:

As of Friday, 82% of department employees have been vaccinated, including 88% of teachers. Even though most school workers have been vaccinated, unions representing New York City principals and teachers warned that could still leave the 1 million-student school system short of as many as 10,000 teachers, along with other staffers.

New York City Mayor Bill de Blasio has rejected the calls for delay, arguing that the city has lined up enough vaccinated substitute teachers to fill the gaps until all full-time employees have gotten their shots.