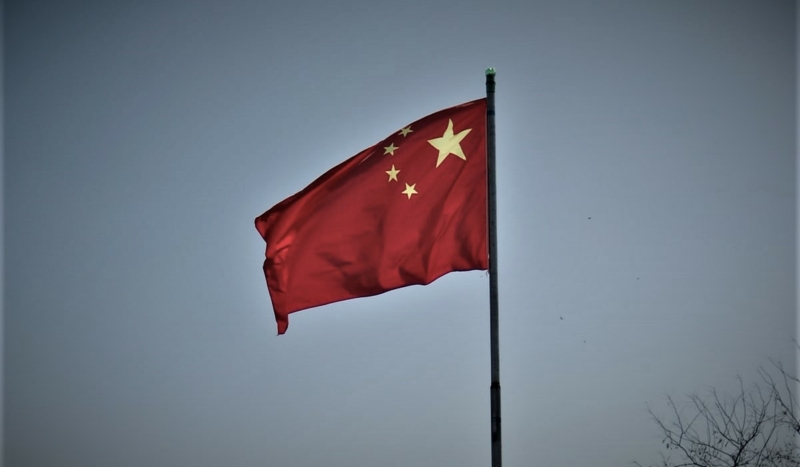 CV NEWS FEED // China is now struggling to encourage couples to conceive in order to stave off a population crisis, according to a report from the Wall Street Journal.

The impending crisis comes 40 years after the communist nation’s infamous one-child policy first went into effect, WSJ noted. At the time, “policy makers said they would simply switch gears if births dropped too much. That has turned out to be not so easy.”

“With the number of births declining year after year, China is now racing in the opposite direction, closing abortion clinics and expanding services to help couples conceive,” the report stated. “But a legacy of the one-child policy, scrapped in 2016, is a dwindling number of women of childbearing age as well as a generation of only children who are less eager to marry and start a family.”

China is also facing another problem: many Chinese women suffer from infertility. Citing a Peking University research survey, WSJ noted that infertility “affects about 18% of couples of reproductive age” in China, “compared with a global average of around 15%.”

Chinese Communist Party propaganda has for decades pressured young women to postpone marriage and family. “Researchers say the higher age at which Chinese women are trying to have children might partly account for its comparatively high infertility rate,” WSJ noted. Other researchers point to another, darker reason for infertility in women: Government-mandated abortions:

Multiple abortions impact women’s bodies and infertility is a possible consequence, said Ayo Wahlberg, an anthropologist at University of Copenhagen who has written a book about fertility research in China.

WSJ cited an example of the kind of brutality that has contributed to the current population bust. “A 2012 documentary by Hong Kong-based Phoenix Television details how local officials” in Shandong province, “to make their birth data look better, forced women found to be pregnant to abortion centers, even if the baby was their first and allowed under the one-child policy.”

“Almost everyone old enough here has heard something about what they did,” said a 45-year-old college teacher in Liaocheng, though he added, “It’s something you can never find anywhere in written history.”

An official from that same region told WSJ that they are now “revising” their policy to encourage births.

Chinese officials are scrambling to create incentives for births. Ironically, however, the status quo which the Chinese regime created leans aggressively against China’s own interests when it comes to birth rates.

“Today, Shandong pays compensation or subsidies to millions of couples who lived by the rules, including retirees who now don’t have support because their only child died or became disabled or women who suffered injuries in connection with abortions or other birth-control methods,” WSJ reported:

In 2019, such outlays totaled more than five billion yuan, equivalent to $780 million, according to the provincial health commission. That corresponds to more than one-fifth of that year’s biggest budget item, education spending.

“The use of abortions hasn’t fallen off a cliff” either. China saw “around 14 million” abortions in 1991. “The number was just below nine million in 2020. More striking is that the number of family-planning centers, primarily used for abortions, sterilizations and insertions of intrauterine devices, has dwindled to 2,810 across China in 2020, less than 10% of the number in 2014.”

In vitro fertilization efforts, meanwhile, “have more than doubled, from about 485,000 in 2013 to more than one million in 2018.” Prof. Wahlberg remarked that “after all of these years of [birth] restrictions maybe fertility clinics will become more important than abortion clinics” in China.

During its brutal crackdown on reproduction, the Chinese regime outlawed medical treatments for infertility – a ban only lifted in the early 2000’s, as officials perhaps began to come to grips with the demographic winter they were causing.

“The number of Chinese newborns fell 18% in 2020 from the year before, and data expected in January is likely to show another steep drop in 2021,” WSJ reported:

China’s fertility rate—the number of children a woman has over her lifetime—already dropped below replacement levels in the early 1990s and in 2020 came in at 1.3, below even Japan’s 1.34. After dipping to a record low of 1.26 in 2005, Japan’s fertility rate, among the world’s lowest, began to recover with the help of support measures by the government, though in recent years, the rate has started falling again.

China’s health commission “has set a goal of at least one institution offering IVF for every 2.3 million to three million people by 2025.”

U.S.-based researcher Yi Fuxian told WSJ that the Chinese government’s propaganda and anti-family campaigns have indefinitely reshaped the public’s attitudes toward having children – creating anti-birth sentiment that can not easily be undone. “Mr. Yi expects 2021 data may even show China’s population has started to shrink, years ahead of government forecasts,” WSJ reported.

Other experts point out that China’s current efforts to financially reward couples who have children may be too little too late. “Beijing’s about-face—in six years going from harshly restricting how many children couples could have to now encouraging them to have more—makes little mention of the lingering effects of the one-child policy on demographics, nor its human cost,” WSJ explained.

“I really have a lot of thoughts and sympathy for women who grew up with that system, who now are listening to the state telling young women to have children,” Prof. Wahlberg said. “My heart breaks when I think about that situation.”

Peking University Professor of Economics James Liang “estimates that to raise the fertility rate to the replacement level, the government needs to subsidize families by an average of one million yuan, or around $160,000 per child in the form of cash, tax rebates and housing and daycare subsidies.”

One province, Jilin, has offered “a government-backed credit line of 200,000 yuan at lower interest rates for each married couple with children,” WSJ reported.

The local government, however, “said it won’t pay back any fines meted out for ‘historical’ birth violations” under regulations like the one-child policy. Officials “need to explain to residents punished for having too many children that the situation has changed and now it needs to ‘stimulate birth potential,’ the provincial government said.

Readers who subscribe to the Wall Street Journal can find the full report here.