Explosion of Calls for School Choice Among State Lawmakers 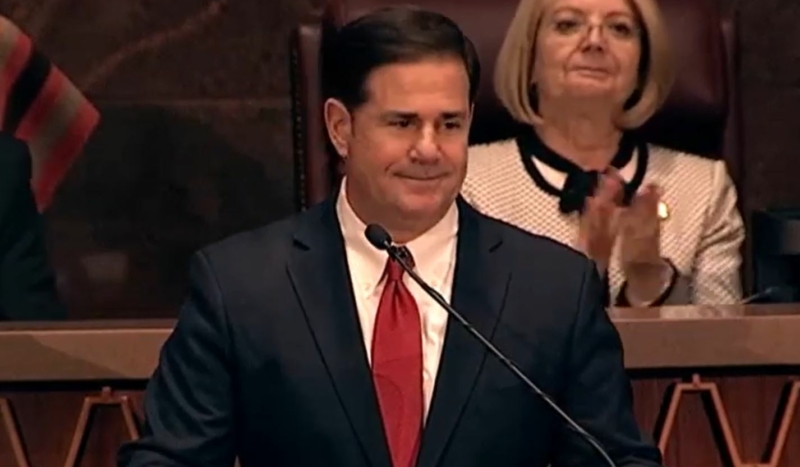 CV NEWS FEED // A number of states are taking action to provide education funding for families to send their children to schools of their choice – a trend that will likely shape upcoming elections.

“This session, let’s expand school choice any way we can. Greater open enrollment. New transportation models. More charter schools. And more educational freedom for families — especially those in failing schools, or who can’t afford to pick up and move to a new neighborhood,” said Gov. Doug Ducey, R-AZ, in his State of the State address to lawmakers Monday. “Let’s think big, and find more ways to get kids in the school of their parents’ choice. Send me the bills, and I’ll sign them!”

Ducey signed several education bills last year, including legislation banning critical race theory and bolstering transparency in education on behalf of parents concerned about what their children were learning in public school curricula.

Ducey’s recent activity and the boldness of his speech this week are not an anomaly among Republican elected officials, more and more of whom are jumping on the school choice bandwagon – which polling shows also enjoys growing support among voters.

“The Governor is directing $20 million in lottery dollars for the creation of education savings accounts, pending a change in the law by the General Assembly,” the budget draft states. “All children should have access to a quality education, and parents should be allowed to make the best educational choices for their children.”

In Nebraska, Republican lawmakers are considering a bill called the Opportunity Scholarships Act, which would create a $10 million tax credit for low-earning families who wish to send children to private schools.

“Last year, the bill fell short of the 33 votes needed to end a filibuster, though a majority of state senators support the legislation,” according to an online petition asking citizens to contact officials to urge them to push the bill through. “Tell your senator to vote on behalf of Nebraska parents and children and pass LB364.”

As CatholicVote has reported, the school choice cause has enjoyed a tremendous spike in popularity among voters over the past two years, as public school officials and teachers union representatives have alienated the public with unpopular decisions regarding COVID-19 lockdowns, at-home virtual learning, and controversial curricular content such as critical race theory.

Also affecting public opinion on the issue is the tendency of public school failures to negatively impact minority and lower-income communities disproportionately.

In Nebraska, when the above-mentioned bill was first proposed last year, Sen. Justin Wayne, a Democrat, confronted lawmakers by pointing out that their own families were insulated from the hardships that come with failing public schools. Many politicians who oppose school choice legislation are people who themselves have school choice, Wayne argued, pointing out that many of his colleagues sent their kids to private schools. He then offered to vote against school choice if they would promise to send their own children to public schools.

School choice advocate Corey DeAngelis, who often criticizes the public school system for operating monopolistically and on its own behalf rather than on behalf of students, tweeted Monday that “78% of South Carolina parents support funding students instead of systems.” Huge majorities of South Carolinians support “education savings accounts” that would provide funding for families to use as they see fit, according to the poll he cited.

The bill gives millions in tax credits. Our current public schools are chronically underfunded… If there’s public tax $ for ed, it should go to the districts, schools, & teachers it was meant to.

“The money doesn’t belong to the government schools,” DeAngelis replied, “the money should go to the students,” not “’district, schools, & teachers.’”

DeAngelis then shared a breakdown of spending which indicates school choice would in fact save taxpayer money: