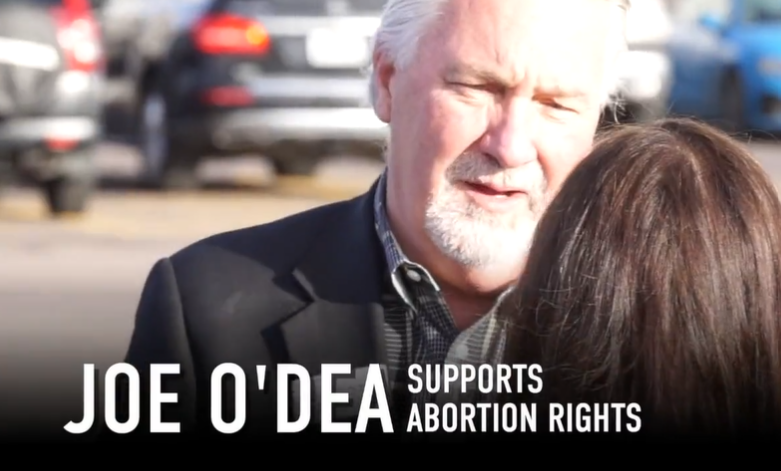 CV NEWS FEED // CatholicVote President Brian Burch is calling out the Catholic Republican running for U.S. Senate in Colorado as a “fraud” who “deserves to lose.”

Joe O’Dea is the Republican nominee challenging Democratic Sen. Michael Bennet in the Centennial State. Though Colorado tilts blue, the race is competitive this year, with a poll out this week showing O’Dea just five points behind Bennet.

But the poll was taken before O’Dea released a new ad with his daughter touting his left-wing bona fides.

“My dad supports same-sex marriage,” exclaims O’Dea’s daughter Tayler in the ad. “He will defend a woman’s right to choose. He will protect access to contraception for all women.”

Burch said he couldn’t believe O’Dea’s campaign would run such an ad. “With a Republican like this, who needs Democrats?” Burch asked.

O’Dea identifies as Catholic and was himself adopted. The CEO of a construction company, he won the Republican primary with 54.5% of the vote, but only after vastly outspending his opponent, Ron Hanks. O’Dea spent $2.7 million compared to Hanks’ $125,000.

O’Dea has said that he supports limits on late-term abortion, but has also said he believes the Supreme Court should have left in place Roe vs. Wade, which effectively legalized abortion through all nine months.

In an interview with Dan Caplis, a conservative talk radio host on Denver’s KHOW station, O’Dea invoked his Catholic faith and said he decided to be pro-abortion after praying with his wife:

CAPLIS: Joe, I ask this question without regard to religion at all. Just as a matter of science, when, in your view, does human life begin?

O’DEA: Look, I’m Catholic, Dan. And I’m not a political guy. I’m just – I believe in what I believe in. I’m not sure that I could define it to the date, but I think the woman’s rights early on in the pregnancy are hers. And that’s where I’m gonna be.

O’DEA: I think it’s a really hard decision. And I, you know, I’ve prayed over it. I didn’t land on this easily, Dan. And so that’s where I’m gonna be.

O’DEA: You know, I don’t know that it’s a time. I think it’s something that should be between a woman and her doctor, and not for me to put my beliefs on someone else. And that’s where I’m at, Dan.

O’DEA: Well, I think that’s debatable. I think there’s people that believe that it’s later than that, and that’s between them and their god. And so that’s where I’m gonna come down, and that’s what I believe.

CAPLIS: Are you open to reconsidering this, or is this just etched in stone, and this is your position, and this is what you would do as U.S. senator?

O’DEA: Dan, look, I’m not gonna blow in the wind one direction or another. This is – you know, my wife and I have prayed long and hard over this.

Burch said he was appalled by O’Dea’s use of his Catholic faith to justify his pro-abortion stance.

“Joe O’Dea sounds like a nightmarish blend of Barack Obama and Nancy Pelosi,” Burch said. “Obama infamously said that the question of when life begins was above his paygrade, and Pelosi constantly invokes her Catholicism when she defends unlimited abortion. This guy takes the worst of those two and combines them into one of the worst Republicans I’ve ever seen. He’s a fraud, and he deserves to lose.”

“I would never advise anyone to vote for Bennet, and I would never tell Colorado voters to just stay home. That would be stupid,” Burch said. “Maybe Colorado Catholics should just leave the Senate section blank and vote for pro-life candidates in other races up and down the ballot.”

Former Congressman Tim Huelskamp, senior political advisor to CatholicVote, believes O’Dea has dealt himself a fatal blow with his vocal pro-abortion stance. “The fact that he won the primary by a single-digit margin despite destroying his opponent in fundraising by a 25-to-1 ratio shows that conservatives are not going to turn out for this guy,” he predicted.

“Giving the finger both to his Catholic faith and to the conservatives of Colorado is a sure-fire plan to re-elect Bennet,” Huelskamp said.