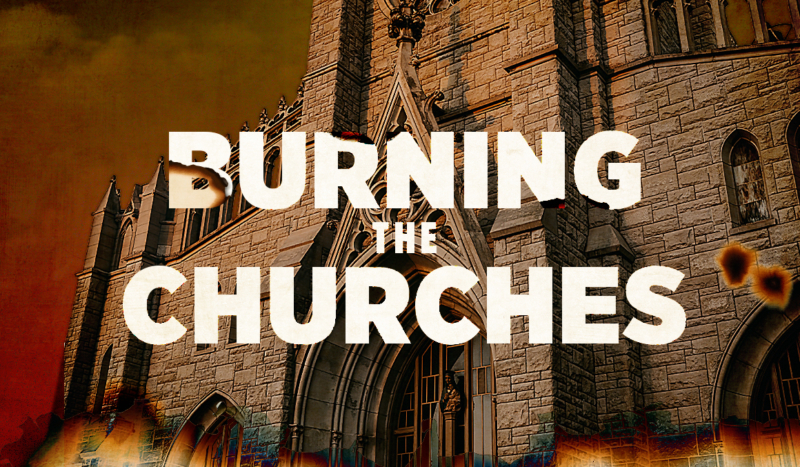 CV NEWS FEED // CatholicVote announced to donors on Thursday its latest eBook, “Burning the Churches: Anti-Catholic Violence and Government Silence.” The free resource exposes the Biden administration’s failure to prosecute the surge in church attacks and offers concrete steps Catholics can take to hold them accountable.

The eBook, which readers can download here for free, details the astonishing scope of the attacks – which have risen to levels not seen in over 100 years.

Since civil unrest began on May 28, 2020, there have been at least 268 attacks against Catholic churches in the United States, including arson attacks which damaged or destroyed historic churches; spray-painting and graffiti of satanic messages; rocks and bricks thrown through windows; and statues destroyed (often with heads or hands cut off).

One hundred and twelve of these attacks occurred after the Dobbs draft was leaked in May 2022.

“They’re coming for our churches. But we will not be discouraged. We will not back down,” said CatholicVote President Brian Burch. “We’re fighting and educating Catholics and our representatives in government about what’s happening.”

All attacks are documented on CatholicVote’s customized and interactive map, where readers can click on the locations of incidents to find photos and details of each attack. CatholicVote’s violence tracker has been cited by major news outlets and used by legislators on Capitol Hill to demand investigations.

The eBook includes a chapter on practical steps for parishes and individuals to take not only to protect themselves from attacks, but also to speak up and demand equal protection under the law.

In my original 2021 letter to the attorney general, I called on the Department of Justice to get off the sidelines and take action against the exponential growth of anti-Catholic vandalism in our country. I cited specific crimes and noted that the attacks we see today rival those we suffered under the Ku Klux Klan over 100 years ago.

The responses from the administration have been perfunctory at best, Burch says, and gross negligence at worst.

Garland’s office assures us that the Department of Justice is aware of and concerned about the incidents I outlined. That was a year ago and still… nothing has been done.

CatholicVote’s eBook is part of a larger campaign to raise awareness and demand justice for Catholics who have suffered from this nationwide upsurge in church attacks.