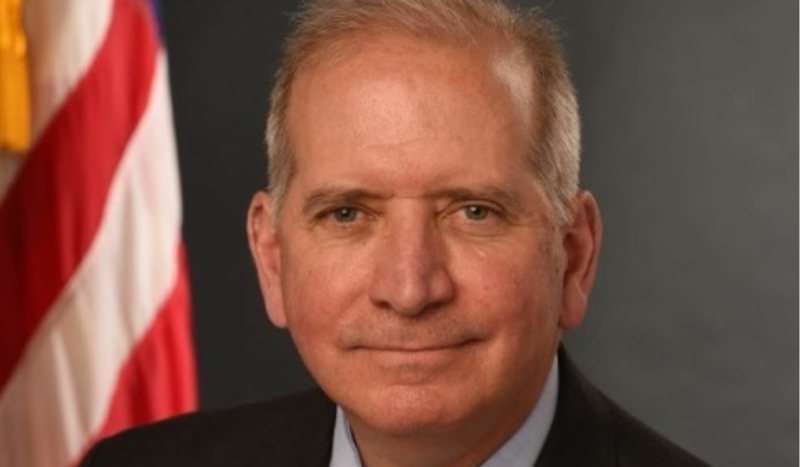 CV NEWS FEED // In light of the current crisis at the U.S. border, CatholicVote conducted an exclusive interview with Steven Wagner, who served as Principal Deputy Assistant Secretary at HHS’ Administration for Children and Families under President Donald Trump.

CatholicVote: Speaker of the House Nancy Pelosi said last week that the Biden administration has plans to deal with migrant children more humanely than the Trump administration did. Does that ring true to you?

Wagner: I’ll bet the Speaker would like to recall her comments from last Friday, as the situation on the border and with juveniles entering the country illegally in particular has gotten manifestly worse since she spoke.

But her statement was untrue based on the information available at the time.

When a juvenile enters the country illegally and without a parent, and is intercepted by Customs and Border Protection, that juvenile is transferred to the Department of Health and Human Services for shelter and compassionate care while an appropriate sponsor in the U.S. is identified.

There is a legal requirement that these juveniles be handed over to HHS by CBP within 72 hours. Currently there is a backlog of children in CBP’s custody exceeding 5,000, and most have been in CBP’s care for much longer than 72 hours.

What that means is that kids are being held in FEMA-run detention sites or are stuck in CBP border stations, neither of which is an appropriate treatment of children. During the Trump Administration, we had as many children in care as are now in care, and we rarely had any children in CBP custody for as long as 72 hours, and then only in cases of children requiring special placements.

CatholicVote: What motivated the Trump administration in its decisionmaking regarding unaccompanied child migrants?

Wagner: The Trump Administration was motivated first by a commitment to provide our children in care with an appropriate environment for their well-being. These children are given shelter, food, clothing, medical services, education and recreational opportunities. The care Unaccompanied Alien Children received during the Trump Administration was compassionate, professional, and superb.

But children are meant to stay in HHS’s care only so long as it takes to identify an adult guardian in the U.S. with whom the juveniles can live. If that potential guardian is a parent, the decision to place the child with that person is generally not difficult. But potential guardians more often are relatives, even family friends. In these cases, placement requires much more scrutiny, in the form of background checks based on fingerprints, and database searches.

During the Obama Administration, children were actually placed with human traffickers. The Trump Administration was adamant we would never make that mistake, so we raised the level of scrutiny that potential guardians who were not parents would receive.

Finally, the UAC program at its inception was a great expression of America’s compassion. But that compassion has been abused as the cost of the program has grown to I’m guessing in excess of $5 billion dollars this year. That is wrong, and the Trump Administration sought to control this cost by controlling the influx of illegal aliens entering the country.

CatholicVote: How do you believe the current crisis at the border is affecting children?

Wagner: I believe the children are pawns in a profoundly cynical game being pursued by adults who care not at all for their welfare.

I do not believe it is a coincidence that a surge of illegal immigration has occurred shortly after President Biden’s inauguration. I believe the will of the current Administration to enforce immigration laws is being tested.

A recent Wall Street Journal photo of persons waiting in Tijuana for entry shows all of them wearing T-shirts reading “Biden, please let us in!” Where did these T-shirts come from? Did the would-be immigrants buy them all from a T-shirt shop on the way up through Mexico from Guatemala?

The Trump Administration faced similar caravans (mass groups of migrants) of people from Central America, whom I believe were recruited and subsidized in order to test our Southern border.

Entering the country illegally is very dangerous, for an adult as well as a child. It might entail a trip across the Sonoran desert of Arizona, or a crossing of the Rio Grande … after a trip across the length of Mexico.

Children may be handed over to coyotes to be smuggled in … or to human traffickers. Parents who knowingly acquiesce to this treatment of their children are guilty of reckless endangerment. We must not incentivize parents to do this to their children.

CatholicVote: Exactly how did the direction of border policy change in the transition from the Trump administration to the current administration?

Wagner: What has changed is practice. The commitment of the Trump Administration to enforce the immigration laws as written by Congress was well recognized. The new Administration is being tested to see if it has the same resolve, and it has been found wanting.

CatholicVote: CatholicVote is concerned with the common good, including both the good of our country and the good of migrants themselves. With those priorities in mind, what steps would you recommend the U.S. take to better the situation at the border?

Wagner: I believe we must start from the perspective that people are an asset, which also motivates our pro-life commitments.

It is a good thing that people want to come here for a better life, and to contribute to our national community. But we must also respect two other realities.

The laws duly enacted by Congress with the consent of the President must be enforced. Otherwise, we undermine the legitimacy of our democracy.

And we must recognize and respect that our long-standing failure to enforce immigration laws as enacted has resulted in a very large constituency of our fellow Americans that feels threatened by immigration, particularly by illegal immigration.

The good of the migrants is not achieved by giving a green light to entering the country illegally. This is especially true with children, and we must not encourage parents to send their children on this perilous journey.

The only possible resolutions to the current border crisis are a) to prevent entry, and b) to provide expeditious review of immigration cases resulting in rapid return to country-of-origin where appropriate.

Any Member of Congress who criticized the Trump Administration for enforcing immigration laws should be compelled to answer the question, “What have you done to change the laws that you object to?”.