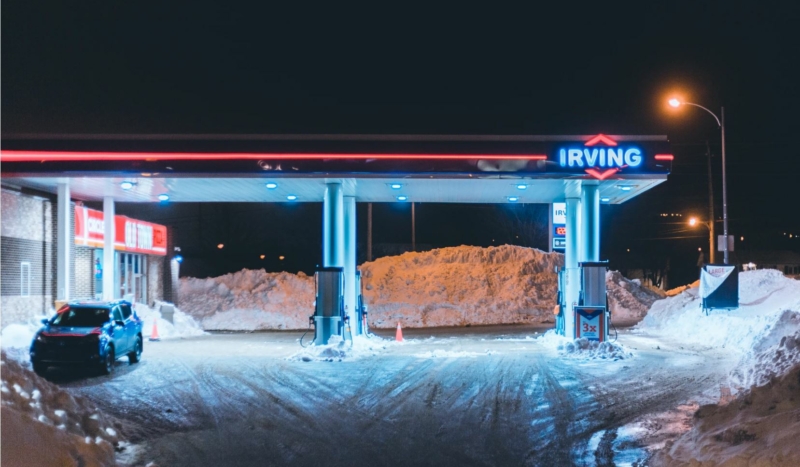 The Southwest Power Pool, which manages power in territories throughout the central United States, declared an Energy Emergency Alert Monday “in response to conditions created by persistent and extreme cold across its service territory.”

“SPP has also directed its member utilities to be prepared to implement controlled interruptions of service if necessary to mitigate the risk of more widespread and longer-lasting outages,” according to an SPP alert.

The electrical blackouts increase demand for fuel, which has already been ratcheting up in price since January. According to real-time market tracker YCharts.com, the price of a gas at the pump has increased 34 cents-per-gallon (from about $2.20 to about $2.55) since Election Day.

During his presidential campaign, Joe Biden struggled to answer questions about his energy policy positions in a straightforward manner. He “falsely” claimed he did not oppose fracking, according to an October 2020 CNN fact-check, perhaps in part because – as many speculated – a ban on fracking would threaten many jobs in key states just ahead of the election.

But on the first day of the Biden Administration, White House Press Secretary Jen Psaki told reporters that the White House would begin shutting down all new oil and gas work on U.S. soil. That same day, Biden signed an executive order putting an end to work on the Keystone XL Pipeline, a decision that immediately cost over 11,000 workers their jobs.

The current cold snap only raises more questions about what critics call the Biden administration’s war on affordable energy.

“In Texas there is about $60 billion worth of wind, $9b of solar, $7b for the transmission to enable them, all sitting pretty much useless during this catastrophe,” tweeted Mark Nelson, Managing Director of the Radiant Energy Fund.

Author and Fox News contributor Steve Milloy argued the crisis shows that trying “to electrify everything is the opposite of anti-fragile.”

“During extreme weather, solar/wind are of little value to the grid,” Milloy concluded. “[The natural] gas grid is critical infrastructure.”

“This blizzard proves that our natural gas grid is part of our critical infrastructure and that we shut it down at our peril,” wrote Robert Bryce at Forbes. “The natural gas network is essential because it can deliver big surges in energy supplies during periods of peak demand.”