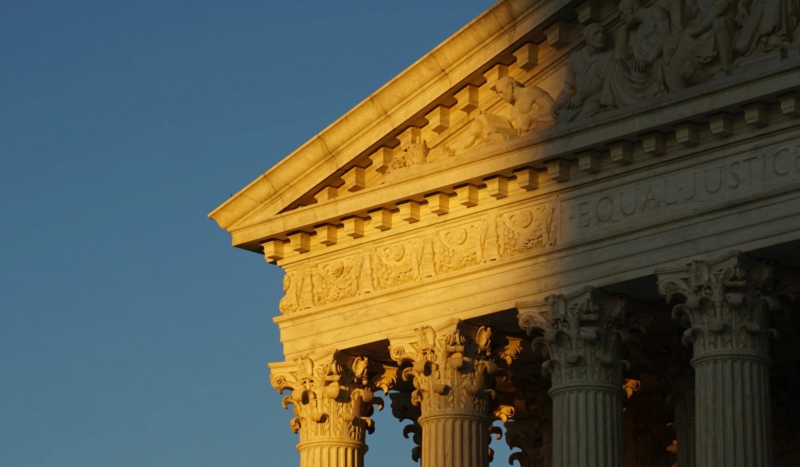 CV NEWS FEED // 228 Republican lawmakers have cosigned an amicus brief to the Supreme Court, urging the justices to overturn Roe v. Wade, the 1973 ruling that legalized abortion in all 50 states.

The justices will review the brief in connection with a Mississippi abortion case the Court is slated to begin considering this fall which asks for a ruling that would allow states to ban abortions after 15 weeks of gestation.

The cosigners of the brief include 44 senators and 184 members of the House of Representatives from 40 states.

“Mississippi’s case provides the Court a chance to release its vise grip on abortion politics,” the brief stated:

The States have expressed the desire to protect life through a burgeoning number of laws enacted to further the States’ important interests in protecting women from dangerous late-term abortion, ending the destruction of human life based on sexism, racism, or ableism, upholding the integrity of the medical profession against the barbaric practice of dismembering human beings in the womb, and protecting preborn infants from the horrific pain of such abortions.

“It is long overdue for this Court to return lawmaking to legislators,” the document continued, adding that the cosigners “respectfully urge the Court to affirm the constitutional authority of the federal and state governments to safeguard the lives and health of their citizens, born and not yet born:”

The Members of Congress respectfully submit that the Court uphold Mississippi’s law as effectuating important state interests, or, alternatively, return this case to the lower courts for consideration on a full evidentiary record, recognizing that certain precedents [including both Roe v. Wade and Planned Parenthood v. Casey] may be reconsidered and, where necessary, be wholly or partially overruled.

The new brief comes amid growing momentum among those calling for the Court to overrule legal precedents that have enabled the abortion industry to thrive in the U.S. since 1973.

As CatholicVote reported, Mississippi Attorney General Lynn Fitch filed a legal brief in mid-July calling on the Supreme Court to overturn Roe, which she called “egregiously wrong” and “unconstitutional.”

Pro-abortion groups are also watching the Mississippi case closely, with many of them openly speaking of a need to prepare for a “post-Roe” America.