Columnist: LGBT Pride Exposes Kids to ‘Kink’ – And Should 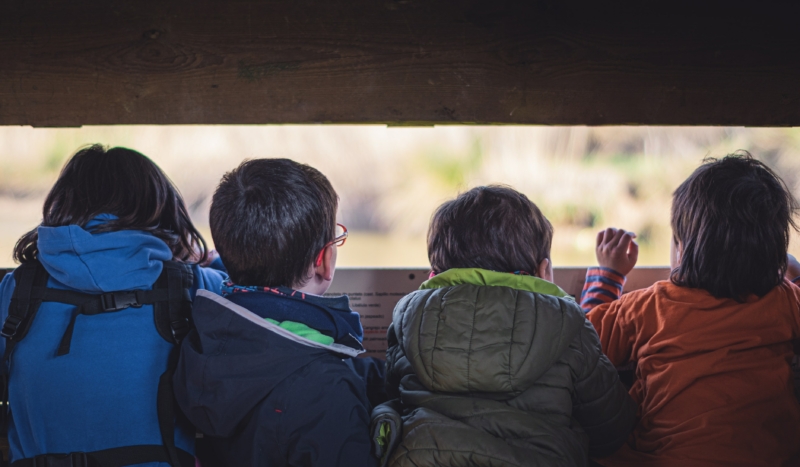 CV NEWS FEED // Columnist Lauren Rowello pointed out that the LGBT movement does indeed expose children to public sexual displays, but argued that the sexually explicit environment of Pride events is good for children.

“When our children grew tired of marching, we plopped onto a nearby curb,” wrote Rowello of her attendance at a Pride march this year. One of her children, an “elementary-schooler,” pointed out a passing man in “black suspenders clipped into a leather thong.”

“The man paused to be spanked playfully by a partner with a flog,” Rowello recalled. “What are they doing?” her older child asked “as our toddler cheered them on.” The scantily clad man and the “partner” that was flogging him were only the first of a “few dozen kinksters” the children were exposed to — some of whom led others like dogs or slaves “by leashes.”

Rowello went on to reject any opposition to such sexual — and even dark — displays in the presence of children. The main reason she gave was that shielding children from “kink” would have the effect of lessening the extent to which children will feel comfortable “exploring” sexual pleasure themselves.

“If we want our children to learn and grow from their experiences at Pride, we should hope that they’ll encounter kink when they attend,” Rowello wrote, decrying the view of “middle-aged, White men” who have always wanted “LGBT” people to refrain from public displays of affection.

She was unmoved by the fact that even members of the LGBT movement have been raising the alarm about the safety and innocence of children coming under threat at Pride events. These concerns, Rowello wrote dismissively, are just “internalized” “cis-” and “heteronormative” judgments.

“This is the same oppressive message that … keeps marginalized children from coming to terms with their own experiences with desire and embodiment,” Rowello wrote.

“Including kink in Pride opens space for families to have necessary and powerful conversations with young people about health, safety, consent, and — most uniquely — pleasure,” she argued. By “young people,” presumably, she meant children as young as the child she herself brought to a Pride March this year, whom she described as a “toddler.”

The visual “kink” Rowello exposed her children to serves “as a reminder that any person can and should shamelessly explore what brings joy and excitement,” she continued:

We don’t talk to our children enough about pursuing sex to fulfill carnal needs that delight and captivate us in the moment. …I never want my children to worry that exploring any aspect of consensual sex or touch is too taboo.

Rowello’s essay was shared widely on social media, including by many mothers of young children outraged by the piece. Numerous commenters flatly called Rowello a pedophile. Others pointed out that it was alarming for such a radical piece to be published at a mainstream site like the Washington Post.

“Sexualizing kids, such as exposing them to ‘overt displays of sexuality’ (Rowello’s term) at an early age, is EXTREMELY harmful,” wrote Alexa Moutevelis at MRCTV. “She said the quiet part out loud and pretty much admitted grooming; copping to what conservatives have long feared but told their fears were not only unfounded but homophobic.”

Quoting Rowello at length, Moutevelis called her arguments “a recipe for unmitigated disaster:”

If “alternative experiences of sexuality and expression are valid,” “their personal experiences aren’t bad or wrong” and no “consensual sex or touch is too taboo,” how could she possibly explain to her children why it’s not appropriate for them to experiment with other children – or even adults? Children are too young to understand or give consent, but mom teaching them about it in their prepubescent years might make them think that they can, providing a permission structure for them to “shamelessly explore” and thus harm other children or themselves by thinking it’s ok to help adults “fulfill carnal needs.”