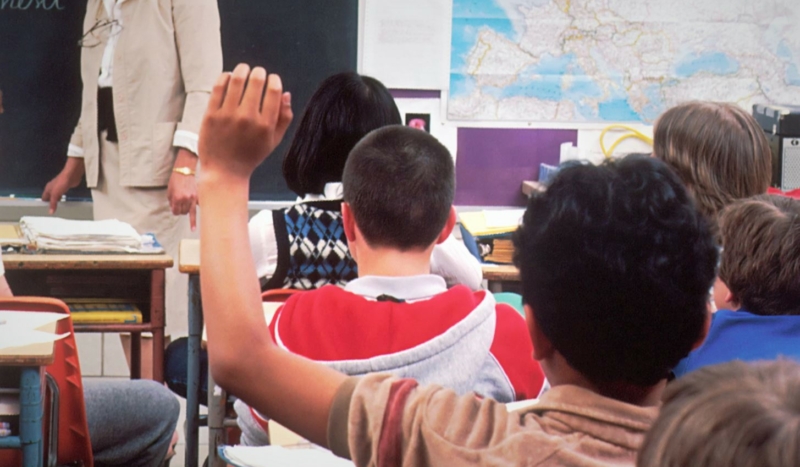 The new bill would ban a number of ideological tenets from school curricula, including that any race is superior to others, that the United States is “fundamentally or irredeemably” hateful toward women or non-white people, that any individual is “inherently” privileged or “oppressive,” and that individuals are personally responsible for the actions of other members of their race.

The legislation would also ban teaching students that America ought to be violently overthrown.

The move comes amid a national conversation about the cultural effects of CRT, especially among children. Opponents of CRT often cite the New York Times’ 1619 Project, which represents something of a CRT manifesto.

The 1619 Project characterizes all of U.S. history as stemming from what CRT advocates call the true date of the nation’s founding: the year when Africans were first forced into slave labor in America.

Republican lawmakers in Tennessee spoke poignantly along similar lines in the lead-up to the passage of their bill.

“It doesn’t do any good to teach our children that any one race is responsible for the historical actions of another,” said State Rep. Mark White, R-Memphis. “It just takes us down a dark hole that we don’t need to go.”

White cited a heartbreaking story he had heard. After school one day, a mortified seven-year-old girl asked her mother if she was really racist because she was white.

White said it was wrong to “teach your kids that they are inherently racist because of the color of their skin,” adding that Rev. Martin Luther King “lost his life preaching that and we need to honor his memory….”

“Critical Race Theory teaches that American democracy is a lie,” State Sen. Brian Kelsey, R-Germantown tweeted this week. “It teaches that the rule of law does not exist & is instead a series of power struggles among racial groups. It is harmful to our students & is antithetical to everything we stand for as Americans & as Tennesseans.”

“We as legislators and citizens must take a stand against hucksters, charlatans and useful idiots peddling identity politics,” said Rep. John Ragan, R-Oak Ridge, who introduced the bill.

While many Americans would see Tennessee’s sanctions against racialist and hateful beliefs as common sense, Democrat proponents of CRT condemned the bill during debates in the state legislature this week.

Sen. Katrina Robinson, D-Memphis, said she was “deeply and profoundly offended” by the bill. Sen. Brenda Gilmore, D-Nashville, accused Republican proponents of the legislation of trying to revise American history. Americans must “admit that slavery did occur,” she said. “And as a result of slavery, in 2021, racism still does exist.”

Sen. Raumesh Akbari, D-Memphis, accused Republicans of “whitewashing” Tennessee education, and openly objected to the bill’s promotion of the idea that skin color is unimportant.

“This offensive legislation pretends skin color has never mattered in our country,” Akbari told FOX13, “…the controlling party is attempting to erase historical fact in favor of whitewashed falsehoods.”

Idaho recently became the first state to ban CRT from its public school curricula, and a number of other states, including Texas, are considering similar legislation.

Gov. Bill Lee, R-TN, has promised to sign the Tennessee bill when it reaches his desk.