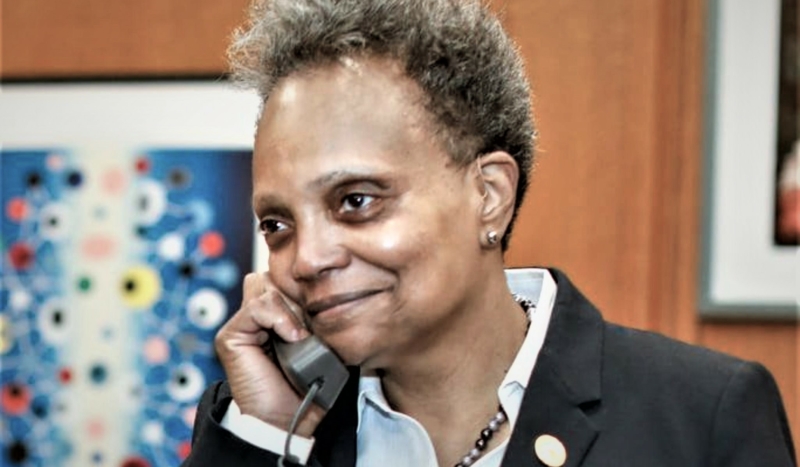 Lightfoot, a Democrat, explained on social media that she made her decision in order to protest against the lack of racial diversity among Chicago’s City Hall press corps.

Many commentators, including a number of minorities, denounced the gesture. By refusing to take interviews with members of certain races, they argued, Lightfoot was engaging in a kind of racism herself.

“…I could’ve sworn we had a term for someone who refuses to interact with people based on the color of their skin but I can’t put my finger on it,” joked writer Drew Holden.

“So no Jewish or Asian journalists?” asked Boris Epshteyn.

“It seems blatantly unconstitutional for an elected official to grant and deny interviews based on race,” argued Glenn Greenwald.

Lightfoot’s announcement also led to a more serious consequence. One reporter, whom Leftist commentators would categorize as “brown,” asked the mayor’s office to rescind the discriminatory decision.

“I am a Latino reporter [at the Chicago Tribune] whose interview request was granted for today,” reported Gregory Pratt Wednesday. “However, I asked the mayor’s office to lift its condition on others and when they said no, we respectfully canceled.”

“Politicians don’t get to choose who covers them,” Pratt concluded.