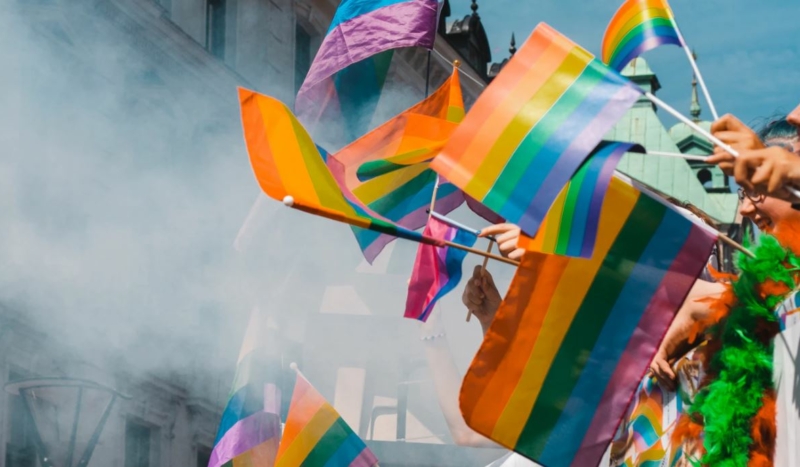 CV NEWS FEED // Fr. Daniel Horan, OFM, wrote an essay arguing that Catholics should use the “preferred pronouns” of “trans and nonbinary persons.”

Horan’s piece at the National Catholic Reporter provoked a number of critiques from Catholic commentators.

Horan invoked the Church’s sacraments, including Holy Orders, to justify his case for capitulating to the LGBTQ movement’s demands that people use “preferred pronouns” rather than those associated with the two biological sexes.

“Names play an important role in the Catholic tradition,” he began:

At the celebration of baptism, the first question posed to the parents is “What name do you give this child?” At confirmation, it is customary for the confirmation candidate to select and embrace the name of a patron saint. Many members of religious congregations adopt a new name as part of their religious profession, even when their “legal” names (on government documents like birth certificates) do not reflect it. Clergy and religious alike take on new titles and appellations such as “Father,” “Sister,” “Brother,” “Bishop,” “Deacon” and so on, and expect others to address them accordingly.

Horan went on to point out that the Bible contains many instances of people receiving new names, and that an angel of God gave Jesus His name.

“So why is there so much resistance and pushback among some in the church — including in Catholic schools — to using the gender pronouns or gender-affirming names preferred by individuals, especially those who are members of the LGBTQ community?” Horan asked.

The “golden rule” demands that Catholics use LGBT pronouns, Horan argued, and not doing so is “unchristian and sinful.” He referred to bishops and Catholic school administrators who do not call LGBT people by their chosen names and pronouns “victimizers” who “are perpetrating on an already vulnerable population in our schools, churches and communities….”

Horan also joked that perhaps pro-LGBT Catholics should call bishops who oppose the LGBT movement “her,” to give them a taste of their own medicine. Horan made clear he did not actually believe it would be right to do that however, because “two wrongs don’t make a right.”

But I do hope that those who are quick to endorse such disrespectful and abusive policies [of forbidding the use of LGBT pronouns in Catholic organizations] step back and think about what such an experience might feel like and do to them if they were in the proverbial shoes of the students, parishioners and neighbors treated in this way.

“It is a continued disgrace that so many of those who self-identify as Catholic use our faith tradition to reject and erase the self-identities of our sisters, brothers and other siblings in Christ,” Horan concluded.

A number of Catholics disagreed with Horan’s piece on social media Wednesday, many of them pointing out the Church’s teachings on the importance of being truthful — including about the biological facts which the LGBT movement rejects.

“I think respect and compassion are important, but I struggle to see the charity in affirming the dysphoria of a man who thinks he’s a woman,” John Monaco replied. “Charity without truth ceases to be charitable. There is nothing Christian in participating in the lie that gender is detached from sex.”

Others pointed out that Horan, a Franciscan who has been an outspoken supporter of Pope Francis, contradicted the pope.

“Pope Francis has called this gender ideology ‘demonic,’ a grave threat to the dignity of the human person, made either male or female,” wrote Catholic professor Chad Pecknold, “our ‘pronouns’ are given by God, inscribed in our nature, not constructed by our desires. Repent and believe the good news!”