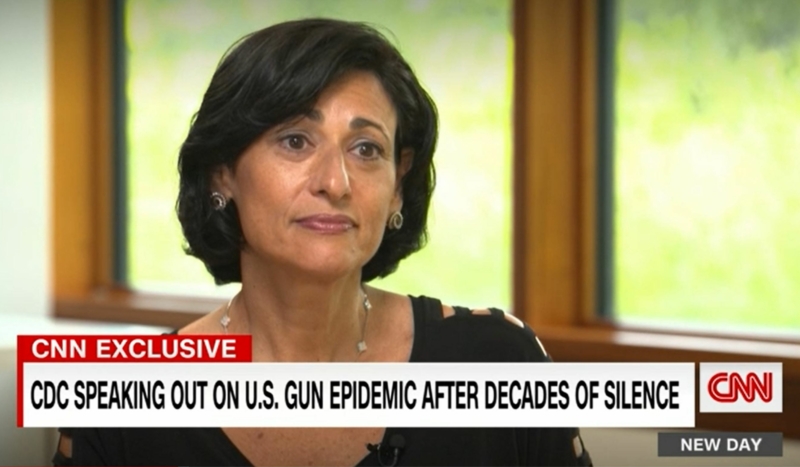 “Something has to be done about this,” Dr. Walensky said of gun violence in an exclusive interview with CNN. “Now is the time — it’s pedal to the metal time.”

“The scope of the problem is just bigger than we’re even hearing about, and when your heart wrenches every day you turn on the news, you’re only hearing the tip of the iceberg,” she said. “We haven’t spent the time, energy and frankly the resources to understand this problem because it’s been so divided.”

Dr. Walensky’s claims about gun violence posing a public health threat seem to suggest that gun policy could fall within the competency of the CDC — an idea that has already begun to receive pushback from some analysts and commentators.

“Gun violence is not an infectious disease,” wrote Chris Pandolfo:

Nor an epidemic. Twisting language to study it as such is a B.S. excuse to argue for “scientific” gun control. …Gun violence is an issue for local police departments, state attorney generals, and the ATF. In that order. The Centers for Disease Control and Prevention should maybe stick to its mission of controlling and preventing infectious disease.

“This is an example of making something a #publichealth issue so that you can engage in mission creep,” wrote former Under Secretary of Homeland Security Michael D. Brown. “[The CDC] has no business engaging in the issue of gun violence.

“The CDC has a serious credibility crisis with a significant partisan divide right now, and I cannot imagine how jamming the gun control debate into it is going to help,” added political adviser Rory Cooper.

The news comes just a day after the Supreme Court struck down a CDC-enacted eviction moratorium that unilaterally made housing free throughout the nation, a policy which was criticized for depriving struggling landlords of income, and also of denying them a say in a matter on which their livelihoods depended.

The CDC “has imposed a nationwide moratorium on evictions in reliance on a decades-old statute that authorizes it to implement measures like fumigation and pest extermination,” the Supreme Court majority opinion stated. “It strains credulity to believe that this statute grants the CDC the sweeping authority that it asserts.”