CatholicVote Weighs in on Graham Proposal to Protect Pain-Capable Babies 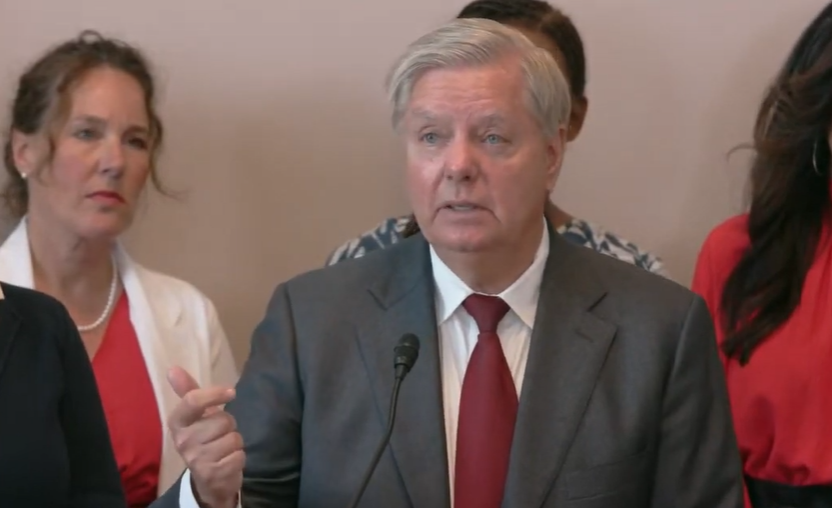 The Protecting Pain-Capable Unborn Children from Late-Term Abortions Act makes exceptions for rape, incest, and cases in which a mother’s life would be endangered by continuing a pregnancy. The bill also prohibits prosecuting women who seek abortions, but imposes a penalty of up to five years in prison for doctors who perform illegal abortions.

“CatholicVote supports any effort to limit the harm posed by the gruesome abortion industry, including this 15-week protection when a child in the womb is fully formed and capable of feeling pain,” said CatholicVote President Brian Burch in a statement. “The proposed legislation represents a modest step towards protecting our most vulnerable Americans, which is why it is widely supported by a bipartisan majority of the country.”

Burch pointed out that the bill, which some pro-life commentators have criticized, puts the spotlight on the refusal of prominent Democrats to endorse any limitations on abortion at all. “Importantly, this bill highlights the extremism of the Left, where no restrictions whatsoever are tolerated, including late-term abortions,” Burch said. “A vote against this bill would be a vote to inflict excruciating pain on innocent defenseless children.”

Graham made a similar suggestion when he announced the proposal at a press briefing in Washington, D.C. on Tuesday. “I see this as a responsible alternative to the very radical position by Democratic senators,” he said. “I can assure that a vast majority of Americans do not support abortion on demand up to delivery.”

“This bill puts us in line with the rest of the world, so when you’re on the campaign trail you have a chance to talk about what you’re for,” Graham added.

“This bill is a floor, not a ceiling, when it comes to the role of the federal government and national abortion policy,” said CatholicVote Director of Government Affairs Tom McClusky. “We are a pro-life nation and taxpayers subsidize and pay for abortion to the tune of hundreds of millions of dollars a year. Congress can and must stop this despicable spigot.”

Susan B. Anthony Pro-Life America President Marjorie Dannenfelser shared the stage with Graham for the announcement of the bill. “Seventy-five percent of women, 70% of Independents, and 60% of rank-and-file Democrats support legislation to protect babies by at least 15 weeks,” Dannenfelser pointed out. “This bill would bring the U.S. in line with 47 out of 50 of our European allies who protect life at this stage or even earlier.”

Dannenfelser, a Catholic and longtime pro-life advocate, has challenged Republicans ahead of the November midterms to be bolder in defending the unborn. She noted that in the months since the Dobbs decision, Republican candidates have largely ignored the abortion issue.

“For Republicans, running from this issue and leaving the field to their opponents and the media, who will fill in the blanks, is a sure-fire losing strategy,” she said in recent comments to the Daily Wire. “It’s time to go on offense and expose the Democrats’ extremism. Challenge them to name a single limit on abortion at any point in pregnancy that they would support.”