CatholicVote Responds to Yet Another Act of Anti-Catholic Hate 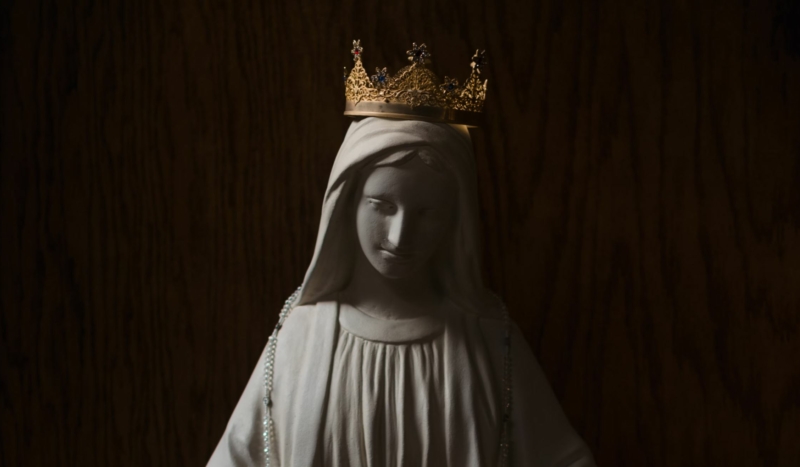 CV NEWS FEED // CatholicVote President Brian Burch has responded forcefully to yet another act of vandalism at a Catholic site, confronting the Biden administration over its failure to respond to a pattern of rising anti-Catholic violence and acts of hate.

Nativity Catholic Church in Fairfax County, VA, this week reported a particularly egregious incident of vandalism at its grotto on Tuesday night. Several statues were destroyed beyond the church’s ability to restore them and will have to be removed, WTOP news reported:

“We will work to replace them,” the Rev. Bob Cilinski, the church pastor, said in a letter to parishioners. Below is a photo of the grotto taken earlier this month. “The destruction of property and disrespect to our Catholic community is alarming because, at its core, it makes people feel unsafe,” Fairfax County Board of Supervisors Chairman Jeff McKay said. Police are investigating what happened. Anyone who has information should call police at 703-691-2131. “The grotto is a place of prayer, peace, and healing. We pray for the person or persons who desecrated this sacred space and for peace in our world and the end of violence,” the church added.

The attack this week in Virginia was only the latest of many anti-Catholic incidents. In December 2021, CV President Brian Burch wrote a letter to Attorney General Merrick Garland asking for the Biden administration’s immediate attention to the growing phenomenon.

“Since May 2020, the U.S. bishops have documented at least 114 instances of arson, vandalism and desecration against Catholicism across 29 states – and now in Washington, DC, itself,” CV President Brian Burch said at the time. “We haven’t seen widespread vandalism against the Church like this since the rise of the Ku Klux Klan.”

“Last month we alerted Attorney General Merrick Garland to the disturbing rash of attacks on Catholic symbols, shrines, statues and churches across the country and asked that the Department of Justice investigate,” Burch said Thursday. “Yet, as more and more incidents of vandalism targeting Catholics are reported, the Biden administration continues to turn a blind eye; choosing instead to devote resources to investigating parents who simply want a say in their children’s education.”

“This raises serious concerns about the administration’s commitment to protecting the first amendment rights of all people of faith,” Burch added:

Just this week a grotto and statues at a Catholic church in Virginia were destroyed. We again call on the Department of Justice to investigate these hate-filled attacks which appear driven by animosity directed specifically at Catholics.