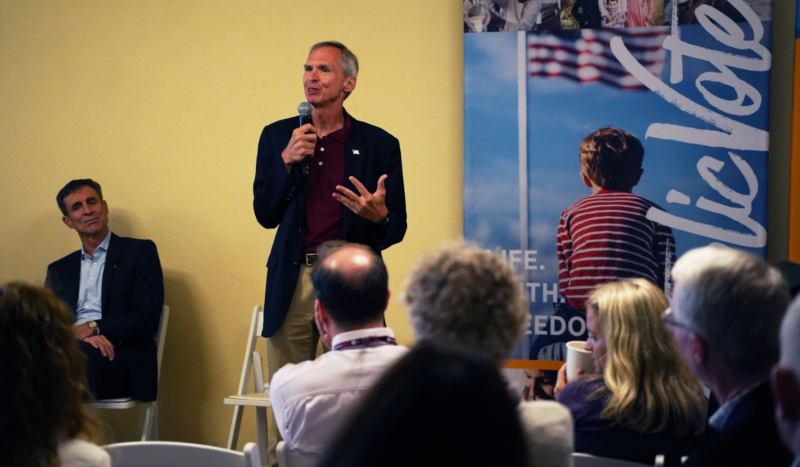 CV NEWS FEED // Catholic thought leaders joined CatholicVote at the Napa Institute summer conference in Napa, California on Friday night for a panel to talk about the political moment we are living in and how Catholics can forge a path forward for the common good in modern politics.

CatholicVote President Brian Burch was joined on the panel by former Congressman Dan Lipinski (D-IL), who was one of the only remaining pro-life Democrats in Congress until he left office earlier this year; Philip Brach, vice president for college relations at Belmont Abbey College, a Catholic college in North Carolina; and R.R. Reno, editor of First Things, a Catholic academic journal. 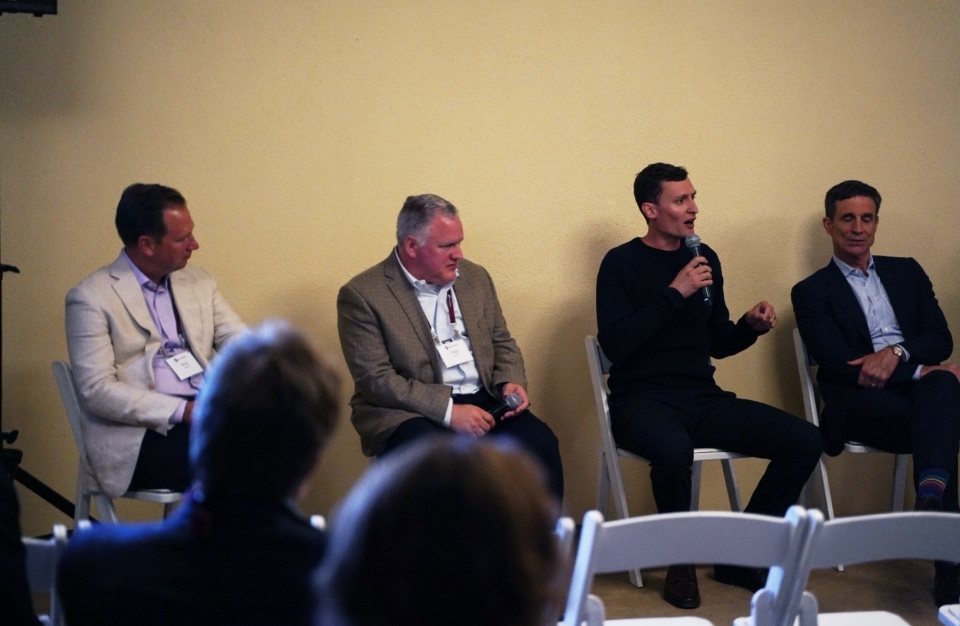 Senator Marco Rubio (R-FL) sent a video greeting for the event in which he made the case for a common good conservatism that puts families first. “As a policymaker and a Catholic,” Rubio said, “my faith obligates me to work to provide relief for working parents and expand the sense of dignity that comes with a good, stable job.”
Burch made the case that politics is made to serve the needs of men and women, rather than being a good in itself. With that foundation, he argued, fighting woke politics doesn’t just mean banning critical race theory or transgender males in women’s sports, but offering a vision of human dignity that shines brighter than the left’s. He said children and families should come first and called for policies that allow families to have more children and for one parent to be able to stay at home with their kids without needing a second income, should they choose that path. And he said faith should be at the center: “We need less kneeling at sporting events and more kneeling in churches.”
Brach lauded the strong Catholic colleges which are part of the Cardinal Newman Society, a group which vets Catholic universities for fidelity to the faith. He pointed out that both Belmont Abbey and Franciscan University of Steubenville have alumni currently serving in Congress.
First Things editor Rusty Reno called for “a politics of solidarity” in which patriotism is both rallying around the flag and rallying around our fellow Americans and building a country where the average family can succeed and leave a legacy for their children.
Former Rep. Dan Lipinski, D-IL, detailed how the abortion lobby spent $3 million to defeat him in the Democrat primary in 2018. He survived, but was defeated after another big money campaign against him in 2020. “I always tried to be a Catholic-first representative,” Lipinski said. Lipinski made the case for a third way focused on patriotism and family.
Burch pointed to two examples of Catholics taking common good conservatism from theory to action: J.D. Vance, author of Hillbilly Elegy, who is running for U.S. Senate from Ohio, and Blake Masters, a venture capitalist who is running for U.S. Senate from Arizona and also spoke at the event. Masters was attacked by by left-wing activists last week for saying that families should be able to raise their kids on a single income. Both Vance and Masters are Catholics in their 30s with young families who, Burch said, “embody this vision of a Catholic-informed common good approach to politics that is, I believe, the winning coalition.”