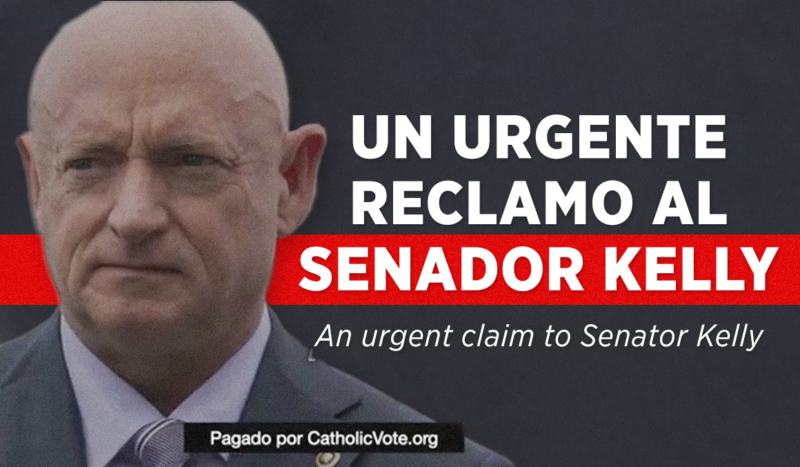 Today we announced a six-figure digital ad campaign in both Arizona and Nevada urging Hispanic voters to pressure “Catholic” Democratic senators over their recent vote in favor of the Women’s Health Protection Act – better understood as the “Abortion on Steroids Act.”

Remember, this is the bill the bishops called “the most radical abortion bill of all time.”

How can any Catholic support this monstrous bill?

Chip in here to help with this campaign!

Our ad campaign is designed to hold these senators accountable for their radically misplaced priorities. Hispanic voters want their leaders to focus on skyrocketing gas prices, soaring crime and inflation, and the lingering consequences of excessive COVID mandates.

Why then are these “Catholic” senators in both Nevada and Arizona wasting time pushing extreme abortion laws?

The real priorities of Hispanic voters are being ignored.

And Hispanic voters are waking up to the hard-Left extremism of the Democratic Party.

Let’s face it, Democrats have long taken the Hispanic vote for granted. Those days are gone. In fact, according to a recent WSJ poll, Hispanics would vote for a Republican over a Democrat by 9 percentage points.

These numbers are shocking.

In a separate report last week, Axios revealed that Democratic strategists are freaking out over “expanding defections” of Hispanic voters. One of the key factors cited: Hispanics are social conservatives.

Both Kelly and Cortez Masto are in competitive Senate races. They are paying attention to polls, and the Hispanic vote will be critical in their campaigns.

We need to make sure all Catholic voters in Arizona and Nevada — including Hispanic Catholics — know where their senators stand on this radical pro-abortion bill.

That’s also why we launched the Catholic Accountability Project.

The bishops and our priests don’t and won’t do this work.

This is up to you and me.

And we’ve got much more to come.

If you like what we’re doing, your support makes all the difference.