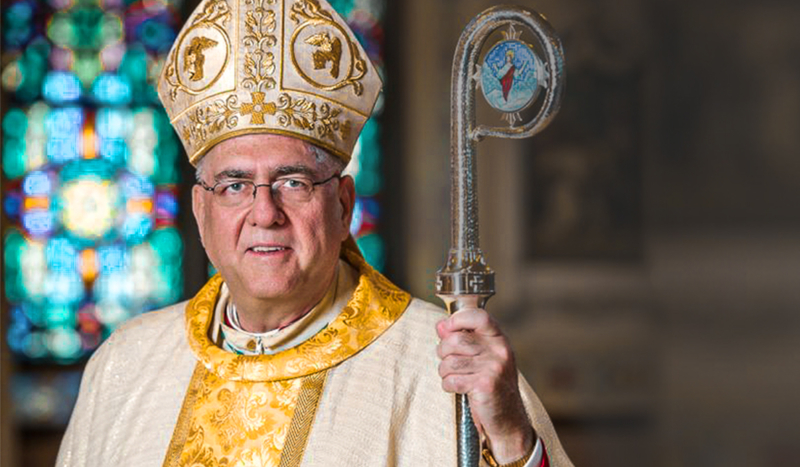 CV NEWS FEED // A left-wing organization created a petition demanding Archbishop Joseph Naumann be removed from his role as chairman of the U.S. Conference of Catholic Bishops’ Committee on Pro-Life Activities.

The petitioners took issue with Naumann’s recent statement–praised as courageous by many Catholics–that Joe Biden ought to stop receiving communion and calling himself a “devout Catholic” if he continues to support abortion.

Naumann is “far more critical of the new president than he ever was of Donald Trump,” the petitioners wrote in an online introduction, adding that the archbishop’s “personal, single-issue, culture-war attacks” are “dangerous.”

“The bishops’ conference must appoint a new pro-life chair — a true pastoral leader who will pay equal attention to all life issues,” they concluded.

In response, CatholicVote published its own open letter in support of Naumann. In less than 24 hours, the letter had gained nearly 11,000 signatures Friday evening.

“I really want to show Archbishop Naumann that as many Catholics as possible also stand with him,” wrote CatholicVote President Brian Burch in an email to supporters Friday. “Our bishops are often (sometimes justly) criticized. But we should be equally outspoken in thanking them when they courageously defend the teachings of our Church. Now is one of those times.”

Some prominent Catholic admirers of Joe Biden have been sharing the anti-Naumann petition with their followers, but have failed to make known the nature of the main organization behind it.

Christopher White, national correspondent with the Left-leaning National Catholic Reporter, promoted the petition on Twitter. “A new @FaithPublicLife letter signed by 20K ppl calls for the removal of Archbishop Naumann as chair of @USCCB ‘s pro-life committee,” he tweeted.

He did not mention that the primary sponsor is Faithful America, a clear and consistent promoter of secular Leftist priorities.

In its “About Us” section, Faithful America’s website indicates it is not a primarily Catholic organization, meaning many of the petitioners against Naumann are not even members of the Catholic Church.

In addition, the website lists a number of its past victories, most of which are examples of what is now widely called “canceling.” In particular, the organization regularly campaigns to cancel Christians who exercise their conscience rights to stand against the secular Left.

On the site, Faithful America boasts of pressuring a boardmember to resign from the charity World Vision, “one of the world’s largest Christian relief and development organizations,” in response to the firm’s adherence to biblical teachings on homosexuality.

More than “17,000 Faithful America members called on Google to find new Christian partners that don’t discriminate. Within days, Google’s director of corporate giving resigned from World Vision’s board of directors.”

Faithful America also boasts of forcing the president of a Catholic high school to resign after he let an openly gay vice-principal go.

Faithful America gathered “20,000 signatures, personally delivered to the archbishop by students and alumni. A week later, the school’s president resigned — even while a lesbian teacher came out and kept her job.”

In another example of what they call “successes,” Faithful America boasts of pressuring the United Methodist Church to reinstate a pastor who had been “defrocked for officiating at the wedding of his gay son.”

After Faithful America members gathered 35,000 petition signatures, the pastor’s bishop abandoned the biblical stance on marriage, prompting “other bishops to make the same promise,” and ultimately leading to the reinstatement of the defrocked priest.

“This petition against a pro-life Catholic leader like Archbishop Naumann has all the markers of just another attack on faithful Christians from outside of the real Catholic community,” said CatholicVote political director Joshua Mercer Friday. “I doubt virtually any of their signers were ordinary Catholics who go to Mass every Sunday.”

With CatholicVote’s open letter, Mercer said, it’s different. “This is Catholics speaking for themselves.”