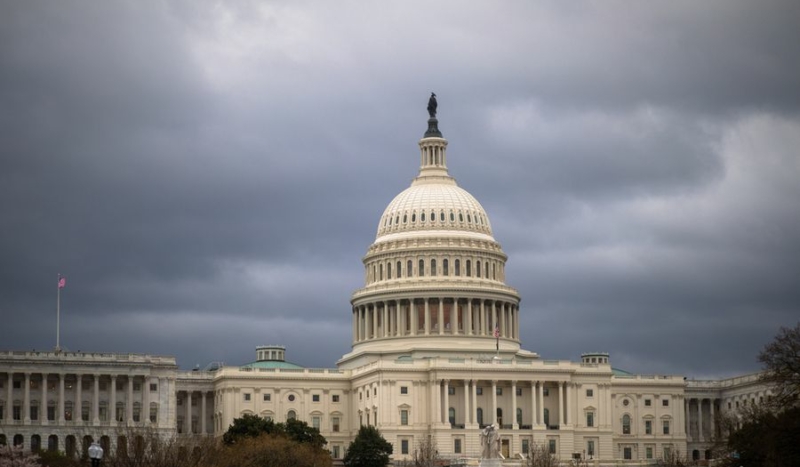 CV NEWS FEED // CatholicVote Director of Government Affairs Tom McClusky has written a letter to members of Congress pointing out how the Build Back Better Act violates Catholic principles and urging them to oppose the bill.

“On behalf of CatholicVote, representing the voices of millions of Catholics across America who seek to renew our country and our culture, in full communion with and 100% faithful to the Magisterium of the Catholic Church, I am writing to voice our opposition to H.R. 5376, the ill-named Build Back Better Act (BBB),” McClusky wrote.

The bill “spends trillions on misguided liberal priorities,” and also “is brimming with unprecedented expansions of taxpayer funding of abortion,” McClusky pointed out, adding that the proposed legislation also has “a huge price tag.”

The bill contains many things that are matters of “prudential judgement,” McClusky wrote, and “Catholics must weigh prudential judgments when applying moral principles to specific policy choices in areas such as climate, health care, immigration, and other issues” that the bill addresses. People of faith can “agree on principles while disagreeing on their implementation.”

“Certain issues that we face, though, are far less gray,” he continued. “These issues are described as ‘Intrinsic Evils’ and include legalized abortion.”

“This multi-trillion-dollar bill represents the most significant expansion of state power and would reach federal tentacles into every area of American life,” he wrote:

According to the left-leaning Tax Policy Center, the Democrats fund this growth by imposing increased taxes mainly on the middle class (while giving millionaires a tax cut.) The bill is full of issues that would fit under the category of “Prudential Judgments” that range from subsidizing universal pre-school and daycare (neglecting those families who prefer to raise their children in the home), to pouring half-a-trillion dollars into climate change, to forcing Medicaid expansion onto red states.

While the Democrats’ proposed solutions to these prudential matters in the Build Back Better Act are in any case “questionable at best,” McClusky argued, “there are issues that permeate the bill which involve clear ‘Intrinsic Evils’ as it looks to further entrenching abortion funding throughout the federal government.”

“The bill even includes new language that would allow taxpayer funding to subsidize Chinese companies that engage in human rights abuses,” he wrote:

The abortion funding in H.R. 5376 includes mandated abortion funding for the Medicaid coverage gap population in 12 non-expansion states through Obamacare exchange plans in 2024 and 2025 – overriding state laws, $30 billion for subsidizing cost-sharing and reinsurance for individual market health coverage without any restrictions on funding abortions or plans that cover abortions, a massive increase in taxpayer funding for Obamacare exchange plans that cover abortions, and also provides more than $21 billion in health-related grants without any limits on funding abortions.

McClusky particularly challenged members of Congress who are Catholic. “For those Members who are in good standing with the Catholic Church the choice should be clear on this bill,” he wrote, citing a 2012 statement by the late Bishop Robert Morlino, who said:

McClusky concluded by asking Congress outright to sink the Build Back Better Act and start over with the common good in mind. “[We] request for Congress to put this partisan bill aside and work together toward legislation that promotes the common good and the dignity of every person,” he wrote.